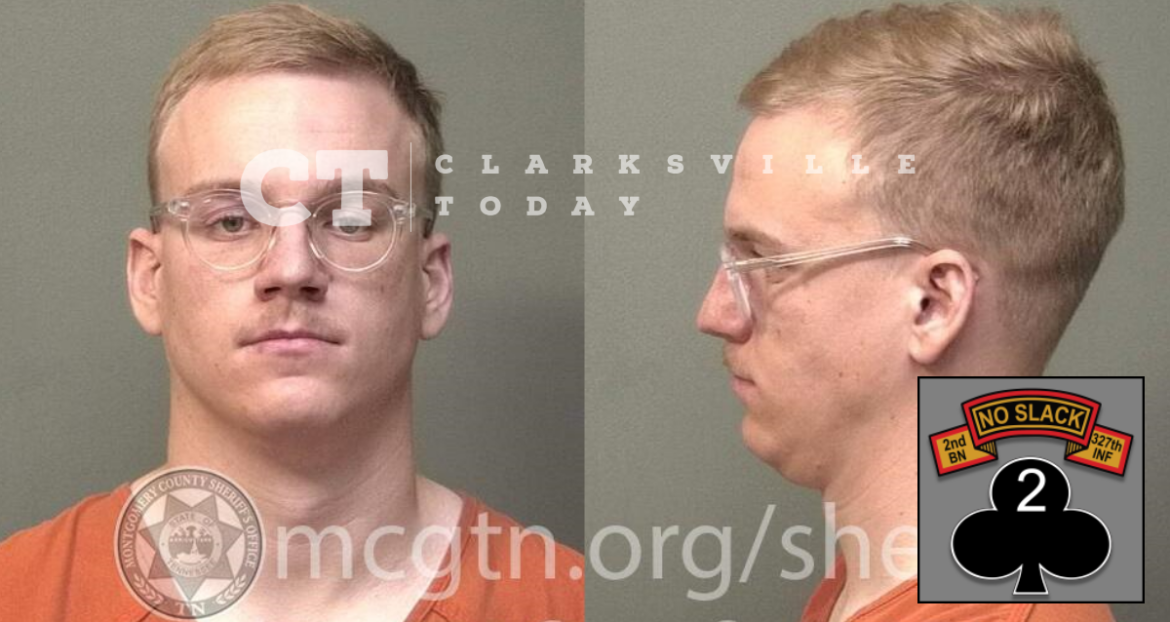 21-year-old Infantryman Cameron Stofer, of the 2nd Battalion, 327 Regiment (“No Slack”), is alleged to have held his girlfriend, Jocelyn Somers, down on their bed and placed her in a chokehold, constricting her windpipe. As she broke free from his grip, she says Stofer tore the room apart, flipping a mattress and swiping belongings off a bedside table. She says he then pushed her onto a bed full of Christmas decorations in the spare room as she went to retrieve her phone to call 911.

During an interview with police, the Fort Campbell soldier started the argument by pushing him against a mirror in the bedroom, and after telling her to stop, he says he pushed her off of him and onto the bed. He says he then “wrapped her up” from behind and began holding her around the arms and chest in an attempt to get her to calm down. Police determined Stofer to be the primary aggressor and took him into custody for the felony charge.

Cameron Dempsey Stofer, of Ashland City Road in Clarksville, was booked into the Montgomery County Jail on May 4th, charged with felony aggravated domestic assault. He is free on a $10,000 bond.