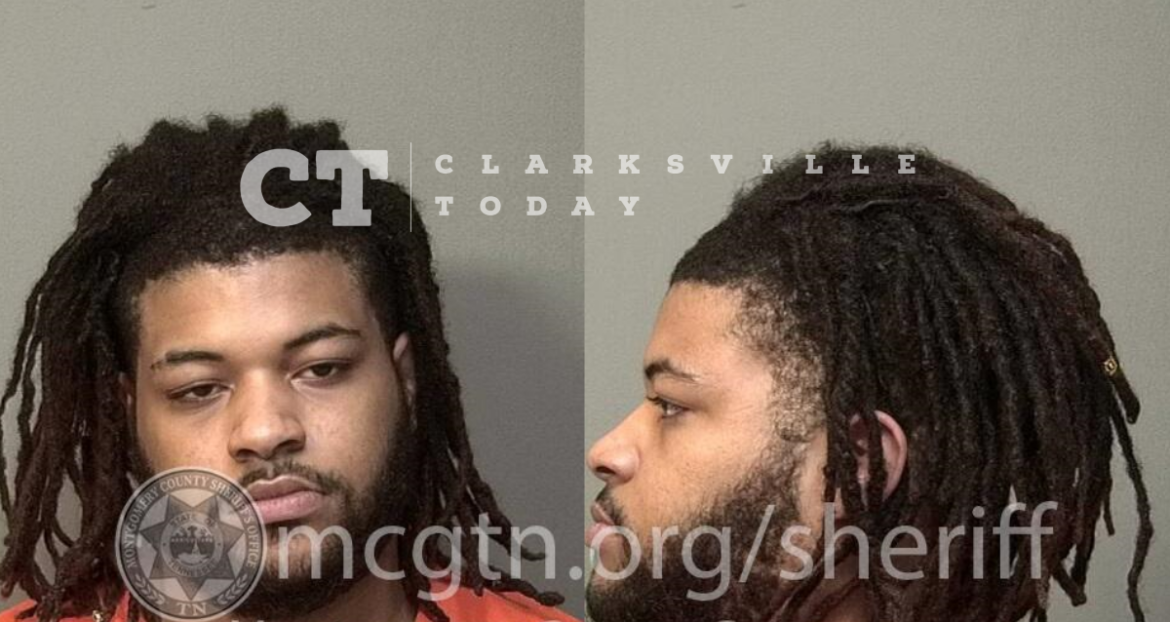 Clarksville Police say as they responded to a domestic call on Dave Drive they observed the victim, Amenna Davis, at the end of the driveway bleeding, and 21-year-old Danaelius Illijah Gunn was walking outside and pouring bleach on a pile of the victim’s clothes which were on the ground by the front door. Gunn retreated to the house and locked the door, and would not speak to officers.

His girlfriend (the victim) stated they were in bed prior to the call when he suddenly told her to get out and threatened to kill her in her sleep. When she actually began packing her things, he became more upset and strangled her until she lost consciousness. When she came to, he beat her with a shoe and punched her as she was screaming for help. He then busted her windshield with a glass jar.

Danaelius Illijah Gunn of Dave Dr in Clarksville, TN, was booked into the Montgomery County Jail on July 30th, charged with vandalism and aggravated domestic assault. He is free on a $5,500 bond.