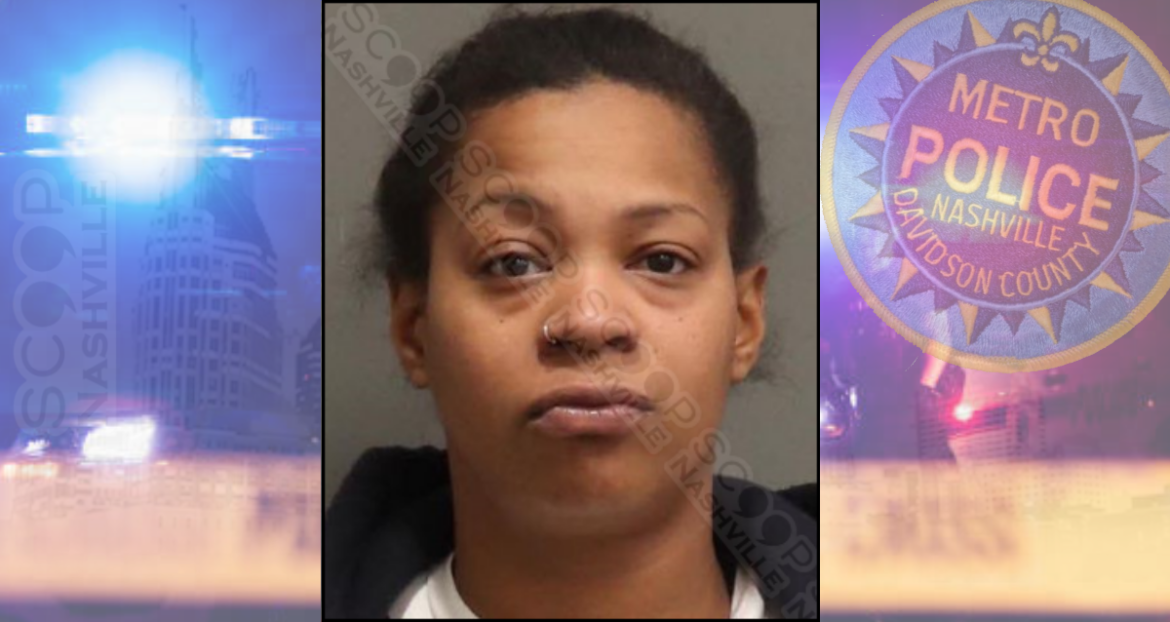 33-year-old April Hampton was pulled over by a THP Trooper on I-24 after he said he observed her texting while driving. It was determined her driver’s license was revoked for failure to pay court fees, and the officer noted the smell of marijuana coming from the vehicle. She claimed she had smoked earlier, but nothing was currently in the vehicle. A search was conducted and resulted in the seizure of a handgun, a small amount of cocaine (0.5 grams) packaged to sell, 32 grams of marijuana, and a scale.