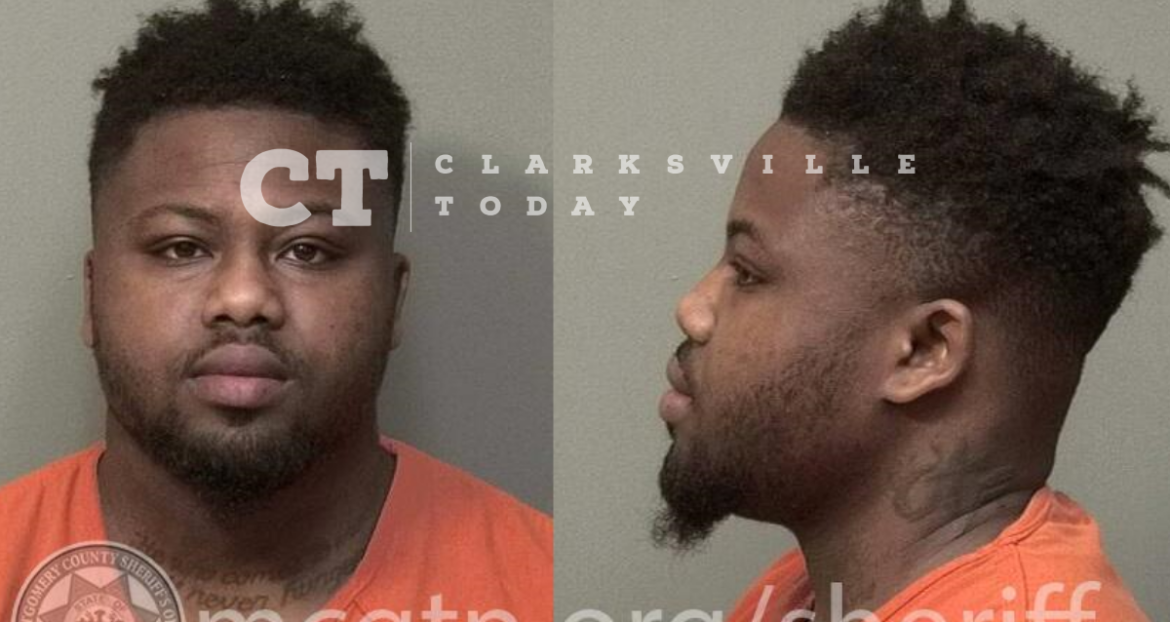 After nearly a 7-year wait, 28-year-old Marquis Moultrie is in the Montgomery County Jail, charged with the 2015 aggravated robbery of Sam’s Discount Tobacco. Police say he forced his way inside while carrying a pistol, injuring the store owner. He threw the register to the ground when he couldn’t get the cables free to flee with it. After fleeing to South Carolina in 2015, he faced new charges and a prison sentence there for pointing and presenting a firearm, petit larceny, assault and battery 1st degree, burglary 1st degree, burglary 2nd degree, grand larceny, probation violation, failure to stop for blue lights and fleeing to evade arrest. He was eventually arrested in South Carolina in September of 2018 on all of those warrants.

After the Clarksville robbery on April 22, 2015, video footage was published to media outlets. A tipster came forward and identified Moultrie, along with his getaway driver and Fort Campbell roommate, Jeffrey Redd. Redd’s wife had told someone about a conversation she had overheard about the robbery, and that witness relayed the information to police, along with photos of Moultrie wearing the same clothing as during the robbery.

During an interview, Redd admitted to dropping off Moultrie near the store and waiting about ten minutes for him to return to the car. Redd was charged as a co-defendant, however, when Moultrie could not be initially located, his case was nolled in 2016, leaving it open for the District Attorney to re-file the charges. Newly filed court documents in Moultrie’s case do list Redd as a co-defendant.

Marquis Jaquan Moultrie was booked into the Montgomery County Jail on March 1st, charged with aggravated robbery and criminal attempt. A commissioner set his bond at $190,000. Court records indicate Moultrie was residing at 280 Baker State Circle, in Yemassee, South Carolina, before being incarcerated there.