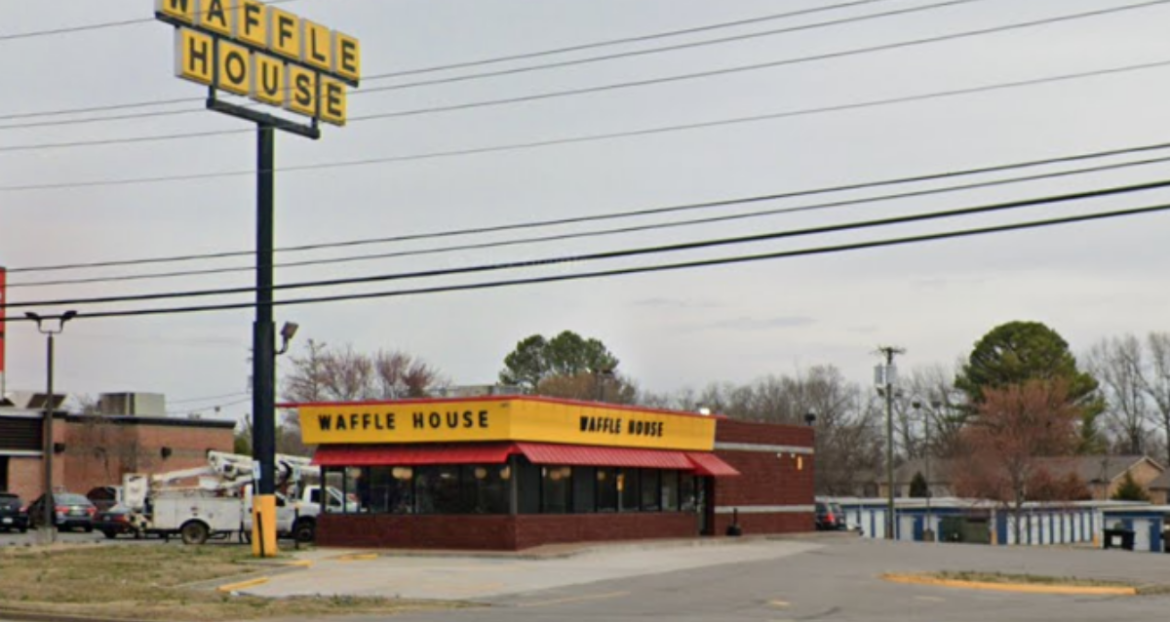 At 2:55 am, The Clarksville Police Department received several calls about a shooting that occurred at the Waffle House, 1683 Ft. Campbell Blvd.  When officers arrived on the scene, they located one individual with 2 gunshot wounds and he was life-flighted to Nashville. The victim appears to have been inside a car when shot, which then crashed. Witnesses report hearing at least twenty shots.

Two other people drove themselves or were dropped off at Tennova Hospital and Blanchfield Army Community Hospital (BACH). They stated that they were at the Waffle House when the shooting occurred and their injuries did not appear to be life-threatening.  The status of the individual that was life-flighted is unknown at this time.

Detectives and officers are speaking to several individuals as they continue their investigation but no arrests have been made at this time.  The crime scene unit has been called out to process the scene and two of the northbound lanes of Ft. Campbell Blvd., in front of the Waffle House, are being blocked off until the scene can be cleared.  This appears to be an isolated incident and there is no reason to believe the public is in danger.

Anyone with information or additional video footage is asked to please contact Detective Luebke, 931-648-0656, ext. 5645, TO REMAIN ANONYMOUS AND BE ELIGIBLE FOR A CASH REWARD call the Clarksville Montgomery County Crime Stoppers Tipsline 931-645-8477, or go online and submit a tip at P3tips.com/591.