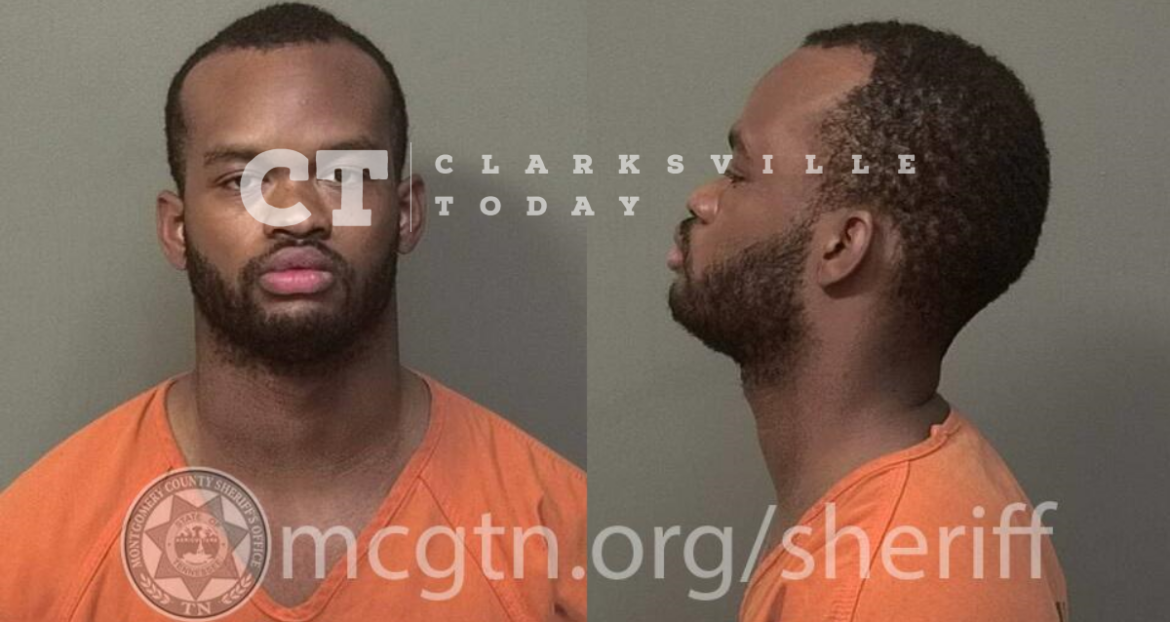 23-year-old DeAnthonee Simmons was booked into the Montgomery County Jail after officers found him crashed in a culvert near Ft Campbell Blvd & Collier Road just before midnight on New Year’s Eve. The vehicle was wrecked with Simmons in the driver’s seat, approximately a half-mile off the roadway. Clarksville Police Officer Benjamin Tribbett asked him how he ended up in this predicament, and Simmons was unsure how he got there. The officer suspected Simmons of driving under the influence, and he was transported to booking to be charged, after a stop at Tennova Sango for a blood draw. Simmons is free on a $2,500 bond.