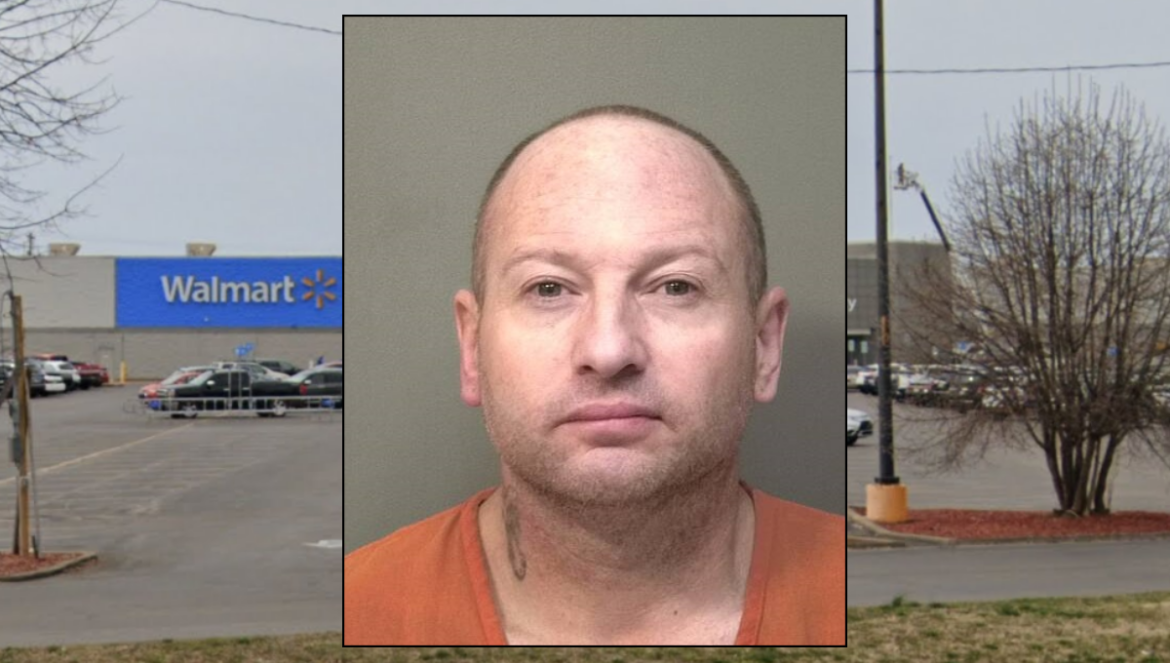 On March 1st, at approximately 11:54 pm, the Clarksville Police Department responded to a shooting in progress call at Walmart, 1680 Ft. Campbell Blvd. At 12:11 am, officers located the suspect, 42-year-old Christopher Clark (white male), coming out of the woods behind Planet Fitness, 1600 Ft. Campbell Blvd.  Clark was taken into custody without incident. The victim has been identified as 55-year-old William Eakes Jr. (white male). At this time there is no known connection between Clark and Eakes.

On March 1st, at approximately 11:54 pm, the Clarksville Police Department responded to a shooting in progress call at Walmart, 1680 Ft. Campbell Blvd. Upon arrival, a white male victim was located near the front doors of Walmart and had been shot multiple times. The victim was transported to Tennova Hospital and was later pronounced deceased. Detectives with the Special Operations Unit and the Crime Scene Unit responded to the scene and are actively investigating the homicide.  A suspect has been taken into custody and the Clarksville Police Department does not believe there are any other suspects at large and there is no threat to the community

This is a developing story.