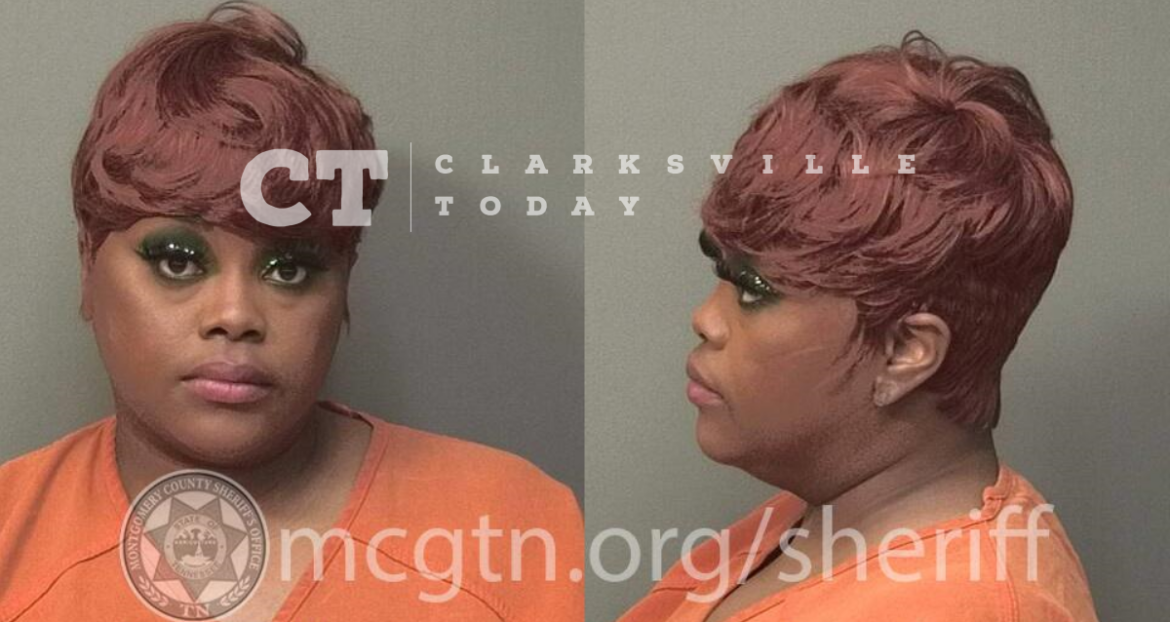 32-year-old Valencia Hill was booked into the Montgomery County Jail in the early hours of January 1st after THP State Trooper Irish McDonald says she crossed the center line multiple times and admitted to drinking champagne prior to driving. She reportedly performed poorly on field sobriety tests and was charged with DUI. She is free on a $2,500 bond.

The Trooper described Hill as approximately 5’5″, 280lbs, and wearing an emerald green and black jumper, accented by a black belt with glittery stones, and pink and tan flats. She consented to provide a blood sample and was transported to booking.

Valencia Samoine Hill was booked into the Montgomery County Jail, charged with driving under the influence, 1st offense. She posted a $2,500 bond via A Around The Clock Bonding.