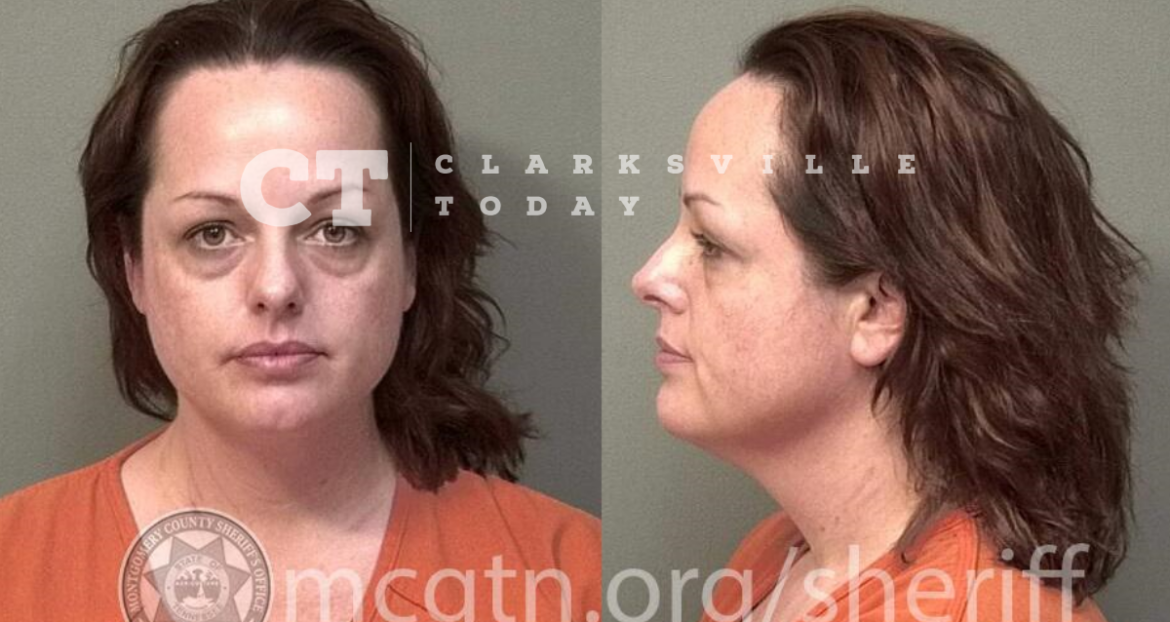 Joseph Trahan is in the middle of a divorce from his 36-year-old wife, Chrystal Trahan. He told police she called early Sunday morning, just after 7 a.m., asking to pick up their child in common and he explained the child was still sleeping and told her no at this time. He then went to take a shower and during that time she used a key she retained after moving out to enter the home and told her to leave when he realized she was inside the home unannounced. An audio recording of the incident captured her threatening to “beat his a–” before she pushed him to the ground, causing him to land on the child. A witness who was also at the residence confirms that Chrystal then pushed Joseph down a flight of stairs before grabbing the child and fleeing the scene.

Chrystal Lynn Trahan was booked into the Montgomery County Jail on March 6th, charged with domestic assault. She is free on a $500 bond via Keesee Bonding to her 1533 Briarhill Drive address in Clarksville.