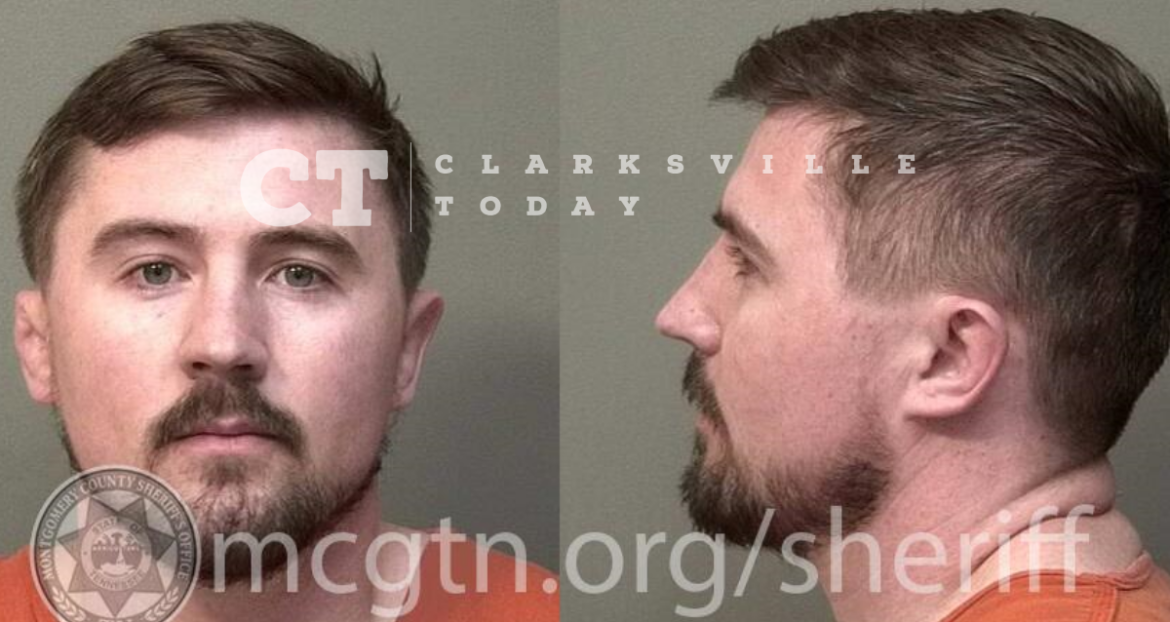 Police responded to Golden Eagle Way on March 1st, where a man pointed them in the direction of where a man had been “acting crazy”, but had just fled the scene. Officers met with Diana Wilmoth, who explained she and her husband, 29-year-old Hobert Lane Wilmoth, were estranged and he was at her home when she arrived there. Her roommates had to physically restrain Lane from attacking her, and she fled out the back door where he then chased her while she was calling 911 stating they may not get there quick enough, as he was threatening to kill her.

He grabbed the phone and destroyed it against a wall. There were multiple witnesses, and she told police this happens “all the time” and she never reported it. Wilmoth is a Commissioned Aviation Officer at Fort Campbell.

Hobert Lane Wilmoth was booked into the Montgomery County Jail on March 2, charged with domestic assault and interference with a 911 emergency call. He is free on a $6,000 bond to his 144 Belcham Road address in Elkton, KY.