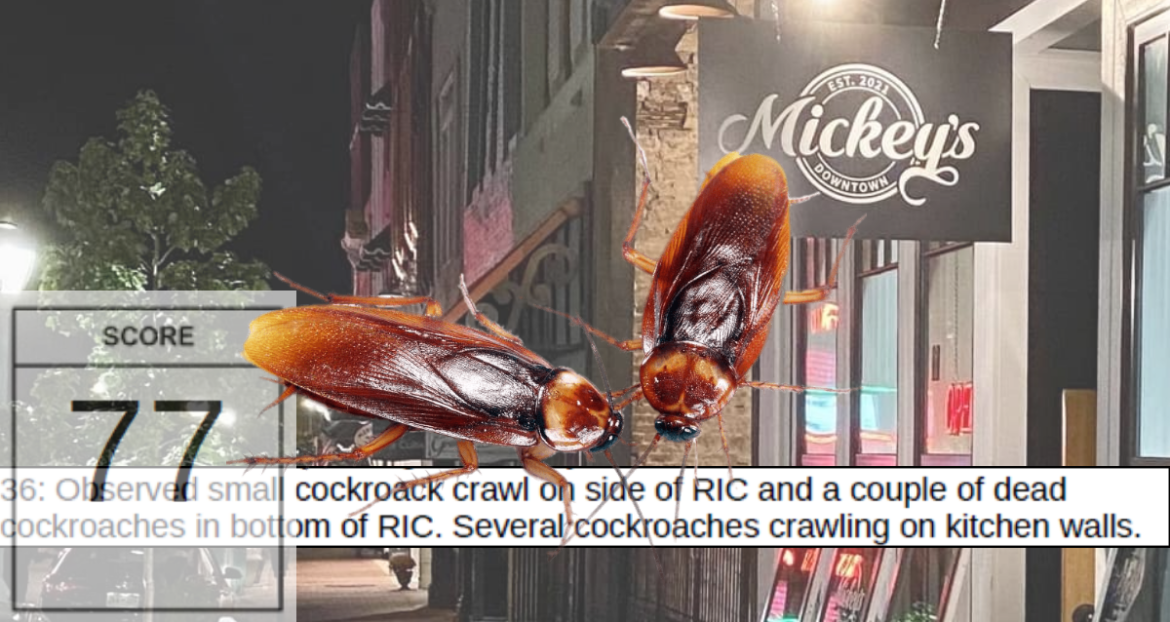 A Health Department inspector visited Mickey’s Downtown Friday and noted, among multiple other serious issues, there were cockroaches on the outside and inside of the reach-in cooler and several cockroaches crawling on the kitchen walls. The restaurant was also operating a dish machine without using sanitizer and had no posted permit to operate.

In the hour-long inspection Friday, an employee was observed touching their glasses with gloved hands and then resuming food prep without changing gloves or washing hands. Another employee used a wet cloth to wipe a knife without washing, rinsing, or sanitizing.

A follow-up inspection is scheduled within the next ten days, and a letter will be issued for the restaurant not having a permit posted.