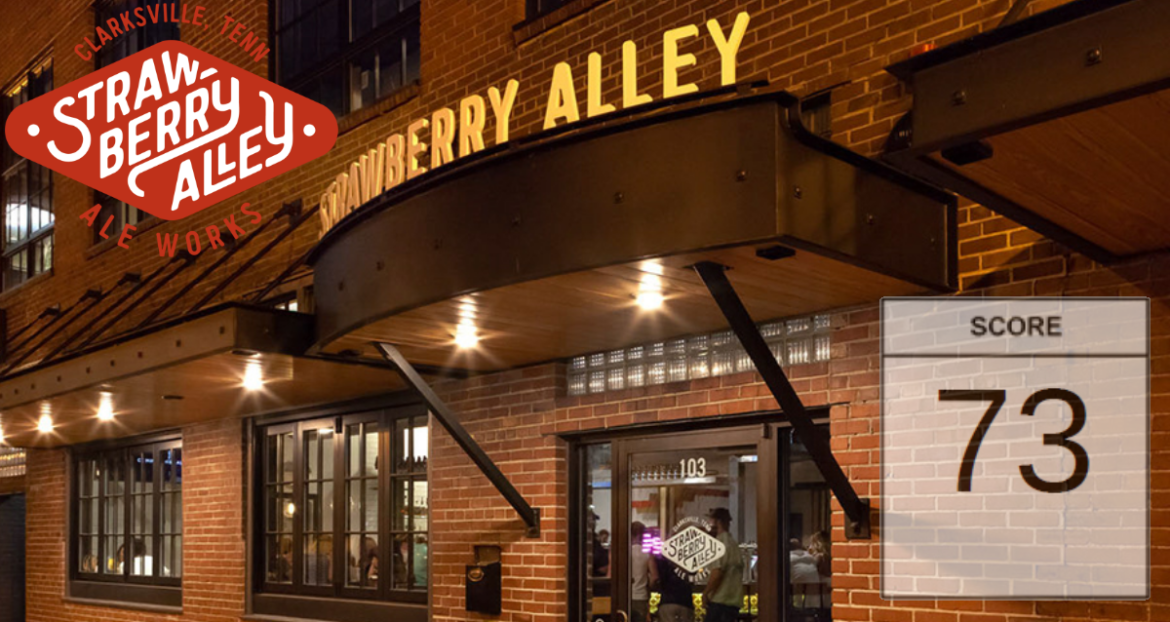 After an October 17th routine inspection, the Department of Health is processing permit revocation warning letters for repeated health code violations that remain unresolved after multiple repeat inspections at Strawberry Alley Ale Works in downtown Clarksville, where they received a score of 73.

After the warning letters, the restaurant could be ordered to stop operating if the same violation remains unresolved on the next inspection. Additionally, 100 pounds of food was embargoed during the most recent inspection. Other violations included moldy strawberries, the dish machine wouldn’t get hot enough to properly clean, and eight-day-old guacamole in the prep line cooler.

The second violation to receive a permit revocation warning letter is for improper temperatures. In October, two make-line and one walk-in coolers were above 41 degrees, with some items being discarded. In February, the make line and drawers under the grill were all above 41 degrees.