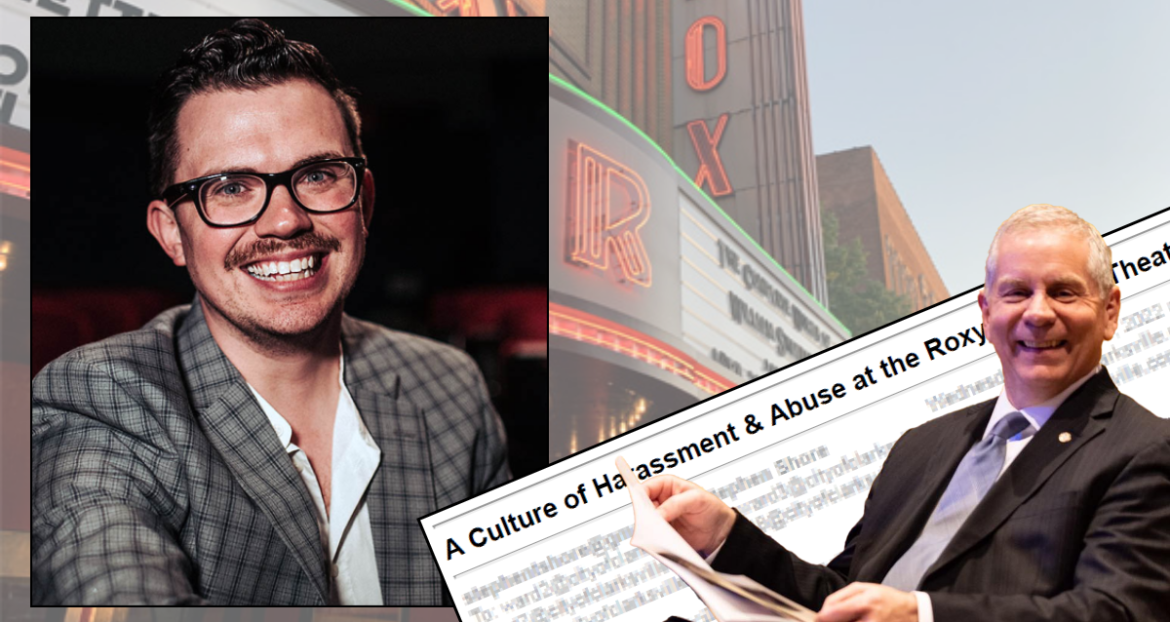 In the time since a half-dozen complaints have been received about Roxy Theater Director Ryan Bowie, alleging inappropriate touching, assault, sexual harassment, stalking, and inappropriate relationships with actors under his employ, two members of the Roxy’s Board of Directors have now resigned in protest as its own executive committee cleared Bowie of any wrongdoing, despite making changes including an HR director position and an “intimacy choreographer.”

Bowie’s name is closely associated with the Roxy Theatre, the City of Clarksville, and the Children’s Theatre programs; however, the city, led by Mayor Joe Pitts, says they can’t investigate the allegations because he’s not actually a city employee and isn’t bound to any ethics rules the city may have in place.

Emails obtained by Clarksville Today show the Roxy Board determined that “any of the allegations made against Mr. Bowie do not rise to the level of liability from a legal standpoint,” so they would no longer investigate the matter, either.

Citizens have been clear, whether there is a legal liability or not, where there’s smoke, there is likely fire, and this many complaints didn’t happen overnight or from single incidents. Citizens, actors, and even the APSU Threatre program professors have all made it clear — The Roxy can’t continue on its current path with the city and the children’s theatre program with Ryan Bowie at the helm, and if we’re waiting on a “legal liability,” the damage will have already been done to the Roxy & the City of Clarksville. Bowie is an agenda item on Thursday’s City Council Meeting at 4:30 p.m. [more documents inside full story…]