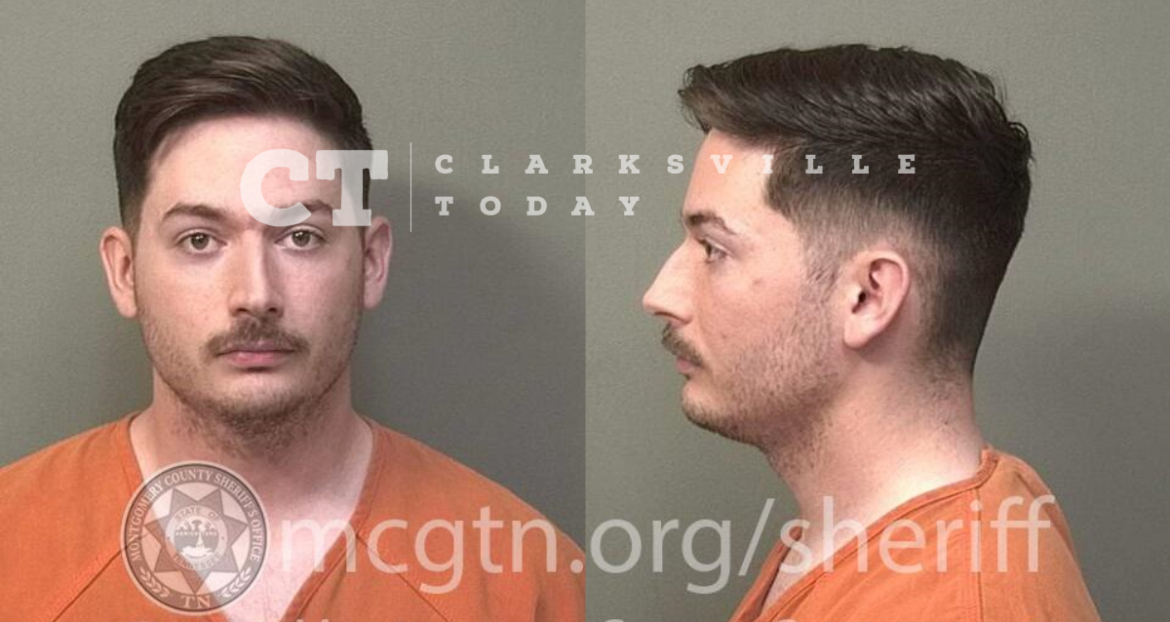 Clarksville Police Department Officer Darrius Robinson responded to an apartment on Jack Miller Blvd, where the victim, Bailey Ledford, told police her husband, Zachary Nelson was in a verbal altercation in the kitchen when he began to throw items at her. She was not impacted by any of the items and retreated to the bedroom to call 911. One of the items she remembered was a 4-pound box of brownie mix. Mr. Nelson admitted to throwing the items but stated he was not aiming at her when he threw them. Officers documented a dent in the wall and determined Mr. Nelson to be the primary aggressor.

Zachary Dylan Nelson was booked into the Montgomery County Jail at 9:16 p.m. and was charged with domestic assault. He is free on a $250 cash bond.