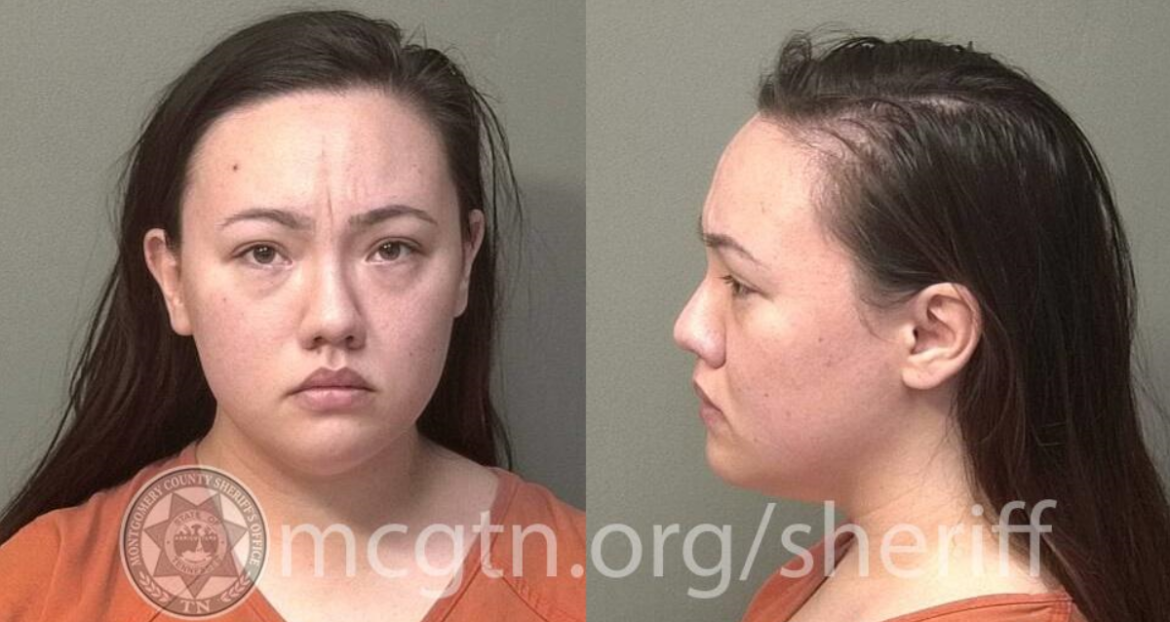 30-year-old Heather Goodmancave was booked into the Montgomery County Jail on Christmas Day, charged with the domestic assault of her husband, Justin Goodmancave, after she reportedly accused him of being unfaithful and assaulted him with her fists and a laptop. She is free on a $250 cash bond. Goodman has worked with the Tennessee Coalition to End Domestic and Sexual Violence, and is a prominent figure in the domestic violence resource community, frequently being the public face of the organization at events. Police noted a history of domestic violence calls between the couple.

Court records show the argument happened at 9:15 a.m. on Christmas day at their Kathleen Ct. residence, where Clarksville police noted there is a history of domestic violence calls between the couple. An arrest warrant details the argument was recorded on a cell phone by the victim and shows Heather running toward Justin and punching him with her fists in his head and upper body area before striking his leg with a laptop computer, which left him with an injury on his leg. The argument started when Heather accused Justin of cheating.

Heather Goodmancave was booked into the Montgomery County Jail on 12/25/2021 at 2:27 p.m., charged with domestic assault. She posted a $250 cash bond and was released from custody to her Kathleen Ct. address after the state-mandated 12-hour home for domestic violence cases.