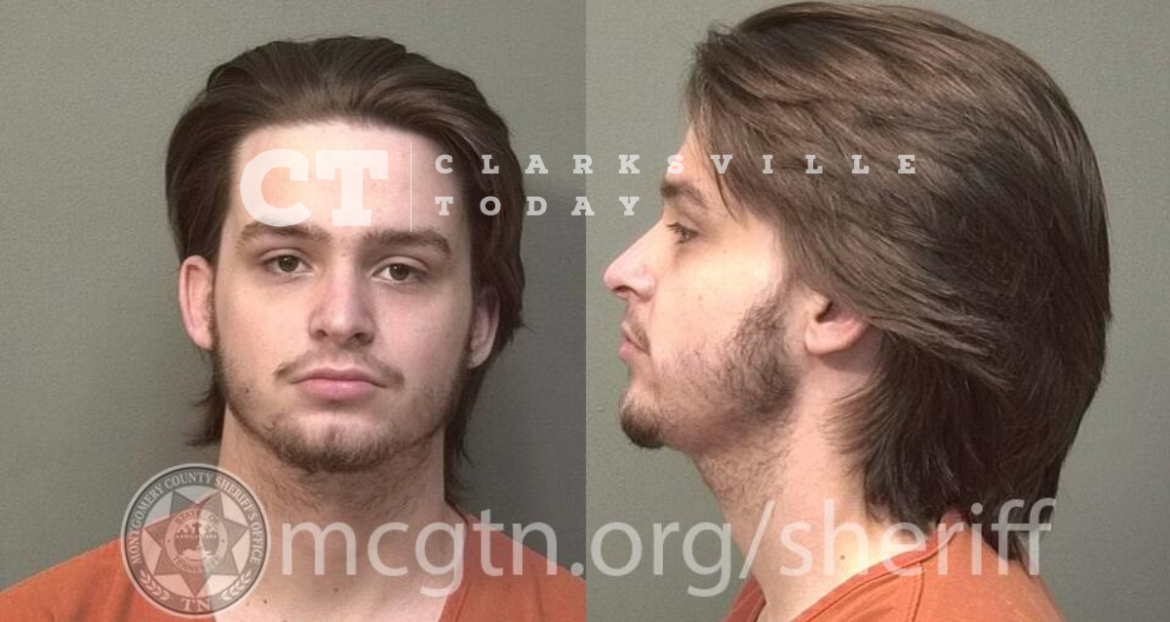 19-year-old Christopher Kody Clark faces a variety of charges after police say he shot up his girlfriend’s vehicle which he had taken without permission after she called him multiple times to return it on January 10, and when he did the two got into an argument. Chelsie Roake says she was standing near the vehicle when he fired from the front porch, placing her in fear for her life.

Police responded to the Walnut Street address where the victim, Chelsie Roake, her live-in boyfriend and father of her children had not returned her black 2013 Hyundai Elantra and it took multiple phone calls before he returned home in the vehicle. Once he arrived, he pulled a firearm out of his pocket while standing on the front porch and fired six rounds before fleeing on foot.

Officers made contact with Clark on Peachers Mill Road, where he was taken into custody after a brief foot chase with the gun still in his possession. Clark was booked into the Montgomery County Jail, charged with theft of property (vehicle), aggravated domestic assault, and evading arrest. He is jailed in lieu of an $85,000 bond. Should he bond out, conditions of his release will prevent him from having contact with Roake or staying at the same address.