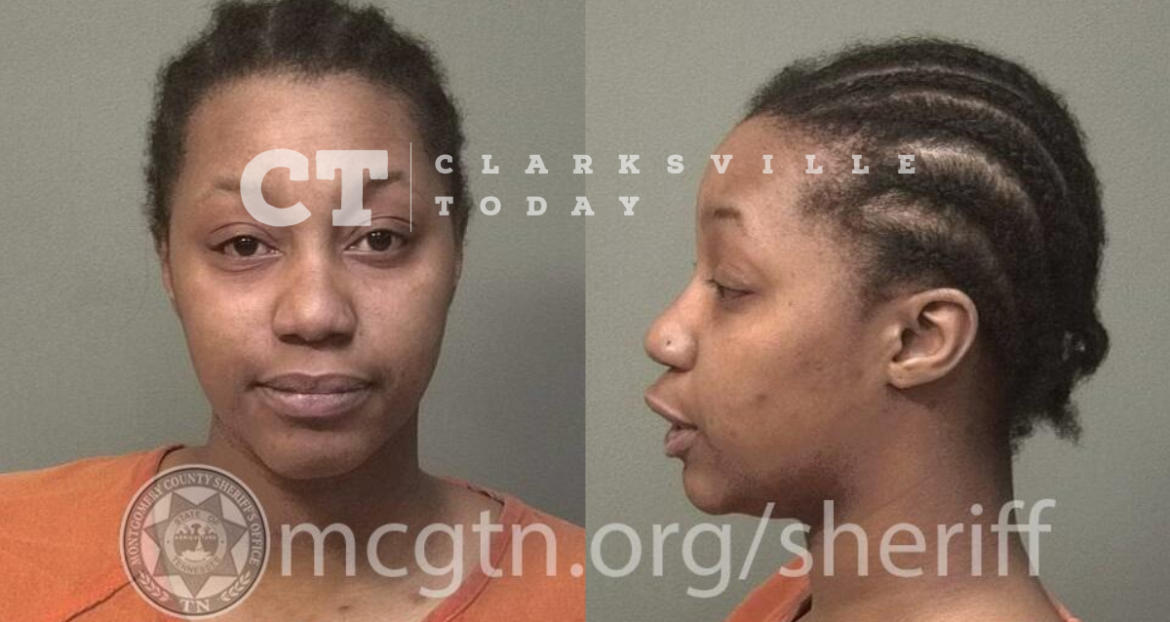 23-year-old Zaria Metcalfe faces multiple charges after fleeing from officers during a suspected DUI traffic stop. Once she was in custody and transported to the Montgomery County Jail she refused to change out of her clothing and into a smock, prompting MCSO Officer Luketic to threaten to use chemical spray on her if she didn’t comply. She continued to refuse and stated: “Bitch, Spray Me!” – and the officers obliged with a “short burst” of chemical spray to her face. As the officer felt she was complying, Zaria Metcalfe punched her in the face.

The initial call happened on January 3rd, as Clarksville Police Officer Ronald Brown stopped to assist a MCSO Deputy with a traffic crash near Wilma Rudolph Blvd. and Old Trenton Rd. The deputy has stopped behind a disabled vehicle in the center turn lane, and when he activated his emergency lights, Zaria Metcalfe fled from the driver’s seat. She was captured after a short foot chase and reportedly smelled of alcohol.

It was learned she was also driving on a suspended license due to an implied consent violation from September of 2021. After medical clearance, she was transported to booking. During her intake search, Metcalfe reportedly made comments about being suicidal. requiring staff to take her to a cell to conduct a strip search. Despite multiple attempts from officers to remove her clothes and put on a smock, she refused to get undressed.

Officer Luketic advised she would use Freeze +P Pepper spray if she didn’t comply, to which Metcalfe responded “Bitch, Spray Me!”, and the officer obliged. Metcalfe then removed her clothes, however, she then punched the officer in the face with her fist. Luketic left the cell to seek medical treatment, and other officers completed the intake.

Zaria Metcalfe is charged with assault on a first responder, DUI, evading arrest, and driving on a suspended license. She is free on an $11,000 bond to her 607 Hill Road address in Clarksville.