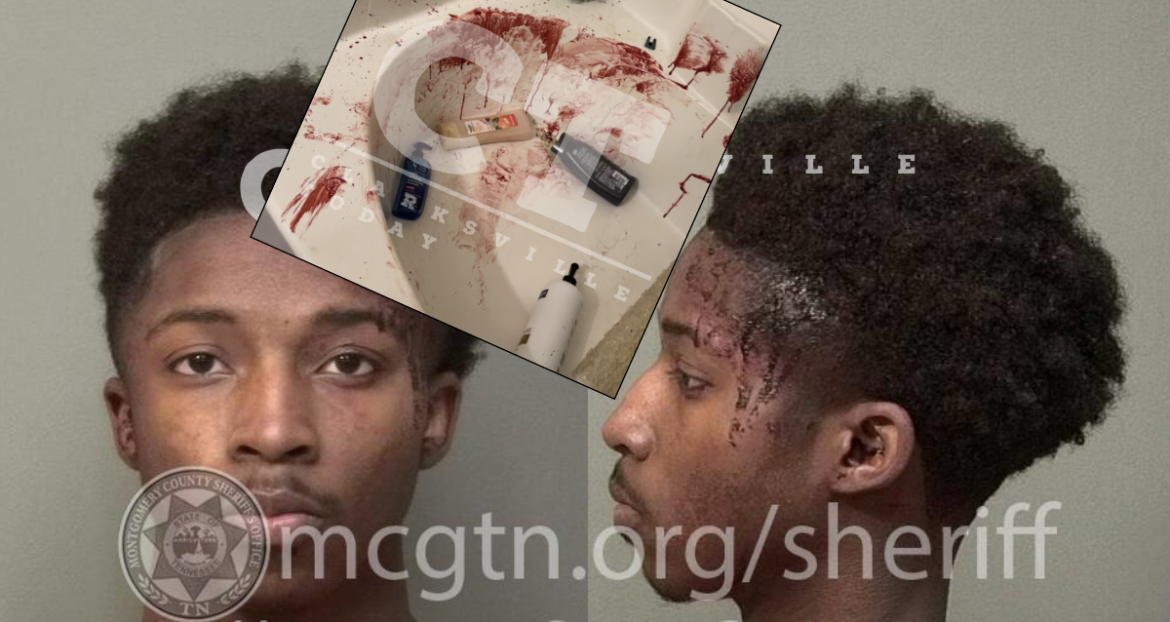 18-year-old Trejon Montgomery is jailed on a $25,000 bond after a resident on Timberline Way found him coming through his bathroom window, wearing all black, a ski mask, and armed with a handgun just before 10 p.m. Sunday. The residents were able to subdue the man until police arrived, leaving a bathtub full of blood from the battle. It is believed that Jordan Marsh, who is a former paramour of the resident, sent Montgomery to kill the resident. Montgomery admits Marsh sent him there, and that an unknown person was his driver.

According to the resident, Montgomery’s gun jammed as he attempted to shoot him, and they were able to take control of the masked gunman by force. As police arrived, the resident began receiving messages “you dead” among others, from Marsh, indicating she was planning and had knowledge of what was happening. Montgomery claimed he was only there “to get a sweatshirt” and that he attempted to knock on the door. The video doorbell footage determined that was a lie, and the masked gunman made no such effort before breaking into the bathroom.

While the gunman was in the residence, he dropped Jordan Marsh’s Photo ID on the floor, as if leaving a calling card to indicate who was responsible for the planned hit.

Trejon Elija Thomas Montgomery was booked into the Montgomery County Jail on May 2nd, charged with aggravated burglary and unlawful possession of a handgun. A commissioner set his bond at $25,000. At the time of publication, he remains jailed.