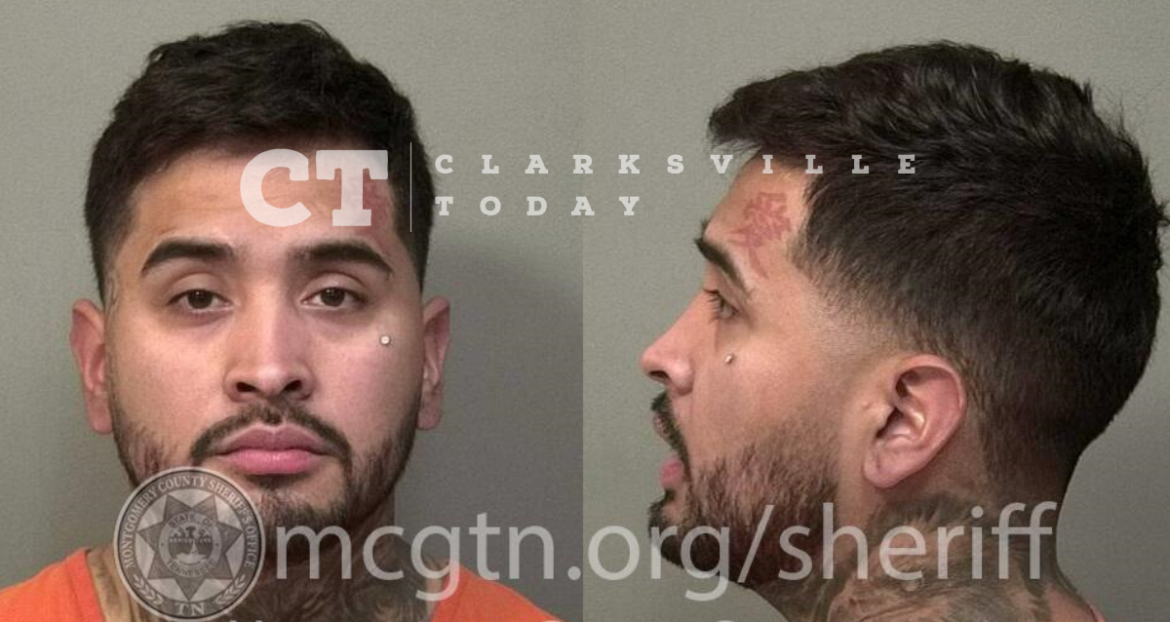 Clarksville Police Officer Robert Conery responded to a crash on August 28th at Tiny Town & Barkers Mill and discovered the 29-year-old driver Fabian Diaz had a suspended license, and his vehicle registration was expired. Diaz was previously charged with driving on a suspended license earlier this year. He was transported to booking and charged accordingly. Diaz is the owner of Fallen King Tattoo Studio in Oak Grove.

Fabian Gabriel Diaz of Vaughn Road in Clarksville, TN, was booked into the Montgomery County Jail on August 28th, charged with expired registration and driving on a suspended license. A judicial commissioner set his bond at $500.