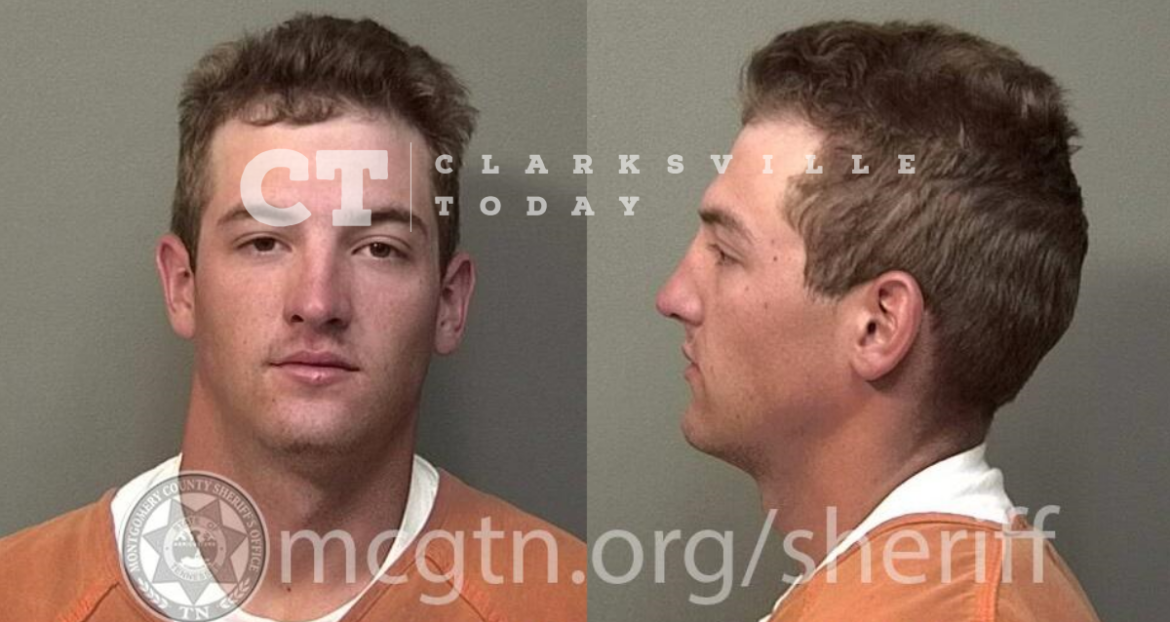 Clarksville Police Officer Novenario was on duty when he observed 22-year-old Collin Richards enter the Mapco at 1775 Madison Street and begin to act belligerent while inside. Due to his extreme level of intoxication, the clerk refused him any more alcohol, which he was attempting to purchase. Richards reportedly continued to become even more belligerent, at which time he was taken into custody for public intoxication.