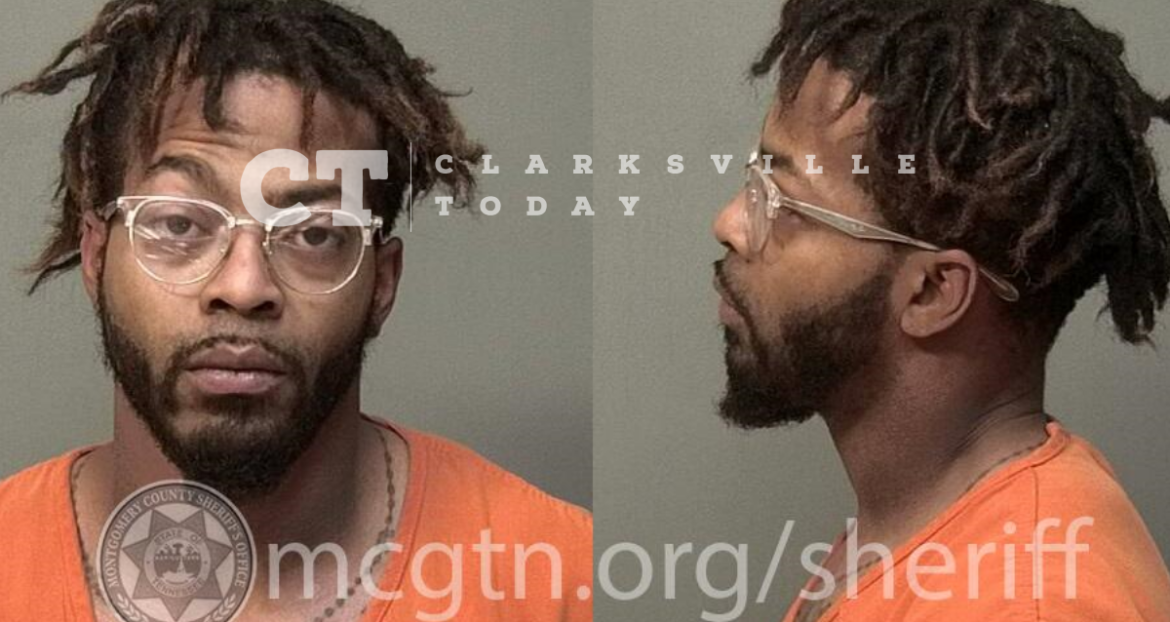 34-year-old Orlandes Maurice Stegall was riding as backseat passenger of his vehicle, which was being driven by Jonathan Collier, with Tad Wilkinson in the front passenger seat. When police stopped the vehicle due to both tail lights not functioning, everyone denied ownership of a backpack in the backseat which contained marijuana, scales, baggies, and cigarillos. Stegall is one of the three now charged with felony drug possession with intent to distribute, and is free on a $12,000 bond. Wilkinson and Collier, who both work for Stegall’s company ‘Casino Handyman’, are free on $26,000 bonds each, for the same charges.

Orlandes Maurice Stegall was booked into the Montgomery County Jail on February 23rd, charged with felony drug possession with intent to distribute, possession of drug paraphernalia, and violation of his bond conditions. He is free on a new $12,000 bond, via A Around the Clock Bonding, to his 830 Lindsey Drive address in Clarksville.