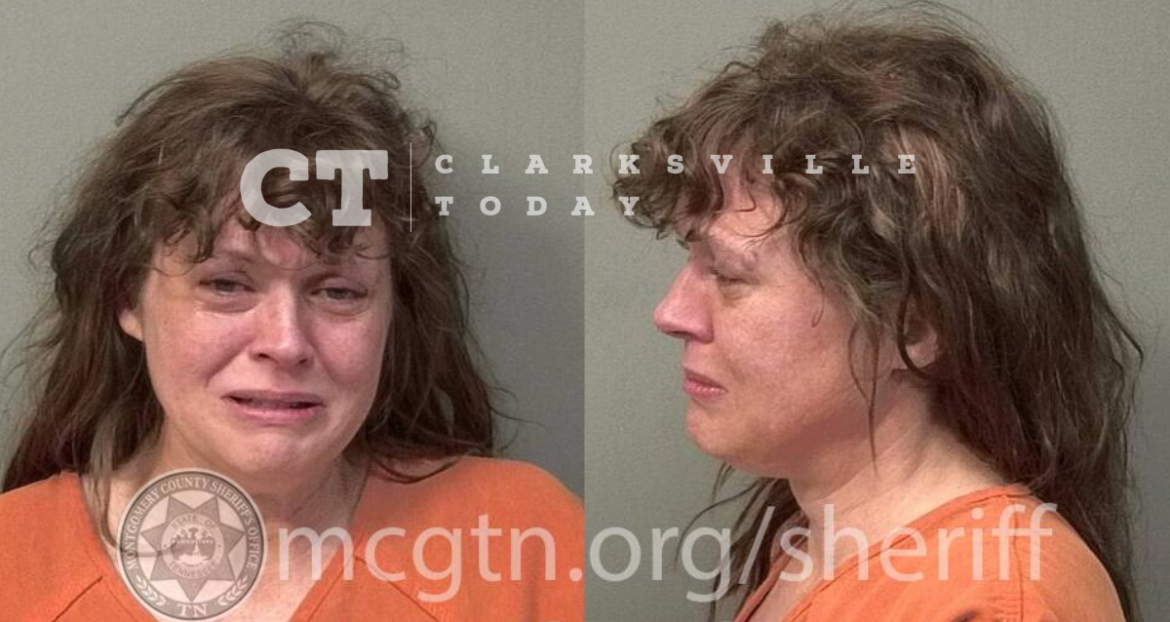 Officer Randy Cox found 40-year-old Susannah Rourk crawling on the side of the road just after 3:30 a.m., attempting to get home from Mike’s Bar & Grill, where she had been out drinking. Rourk was described as wearing all black, heavily intoxicated, and with her pants in disarray to the point the officer had to assist her in “making herself decent”. She was unwilling or unable to provide the name of anyone to call to assist her, and would not disclose where she lived, despite being very nearby to her home. She was taken into custody and charged with public intoxication, and simple drug possession after a Klonopin was found in her wallet during booking.

Susannah Elizabeth Rourk was booked into the Montgomery County Jail on April 17th, charged with public intoxication and simple drug possession. She is free on costs/ROR for the public intoxication charge, and posted a $500 cash bond on the drug charge. She was released to her 2758 Union Hall Road address in Clarksville.