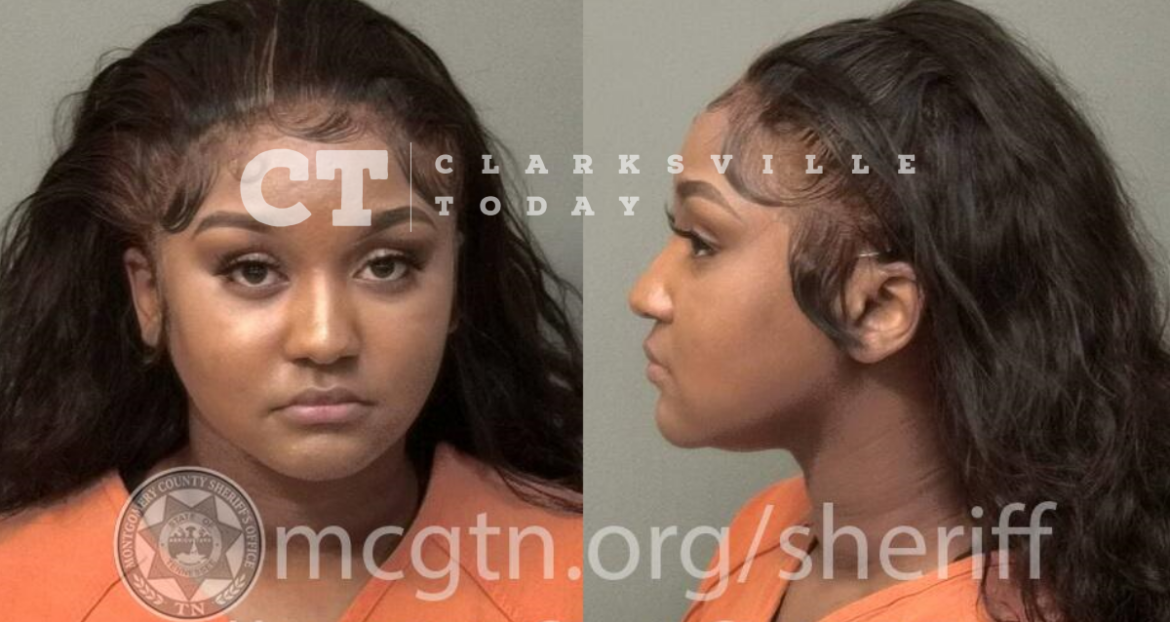 23-year-old Chakeriah Moore is charged with driving under the influence with her two-year-old son in the vehicle with her. Officers observed her drifting into the center multiple times just after 2:30 a.m. Saturday. She said her ankle was swollen, causing her to swerve, and that she had not had anything to drink since midnight, despite there being an open cup of wine in the vehicle. She performed poorly on field sobriety tests and blew a 0.134 on a breathalyzer.

Chakeriah Rene Moore, of Clarksville, was booked into the Montgomery County Jail on May 14th, charged with driving under the influence (DUI), reckless endangerment, and violation of the open container law. She is free on a $13,000 bond with bond conditions preventing her from being around the 2-year-old victim in this case.