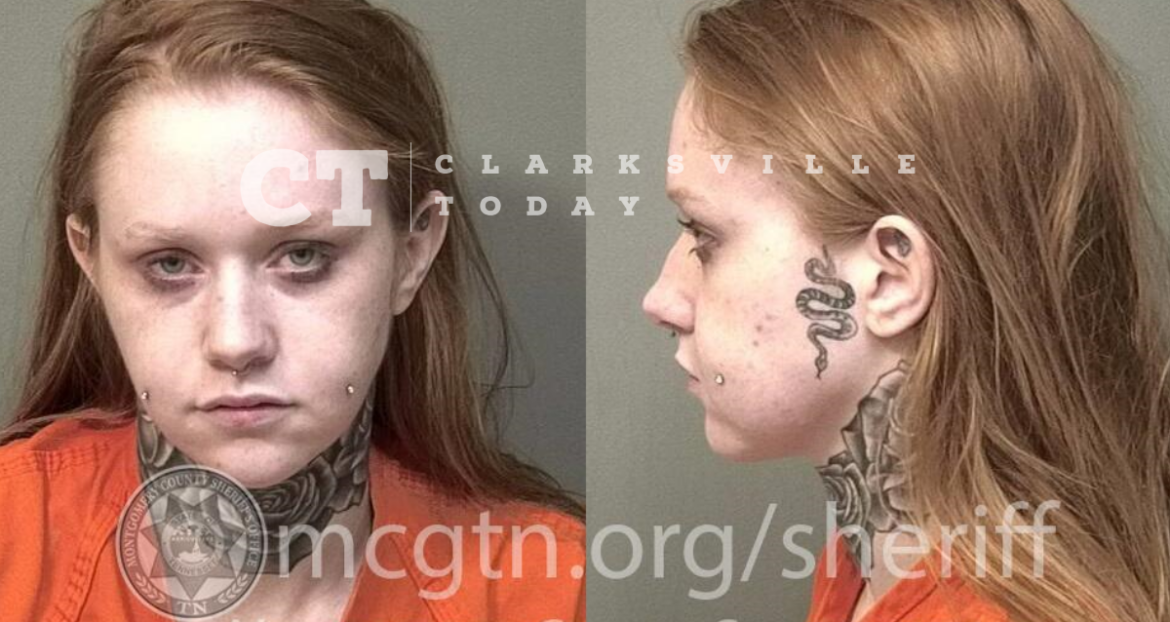 Officers say 25-year-old Jenell Elizabeth Fuller was driving on Providence Blvd on May 23rd when she crossed the center media and nearly struck a patrol vehicle head-on, which was traveling on the opposite side of the roadway. A traffic stop was immediately conducted, during which she admitted to drinking alcohol prior to driving. Fuller performed poorly on field sobriety tests and was taken into custody.

Jenell Elizabeth Fuller, of Lakeland Dr in Clarksville, was booked into the Montgomery County Jail on May 23rd, charged with driving under the influence (DUI), reckless driving, and failure to maintain her lane of travel. She is free on a $3,500 bond via A Around The Clock Bail Bonds.