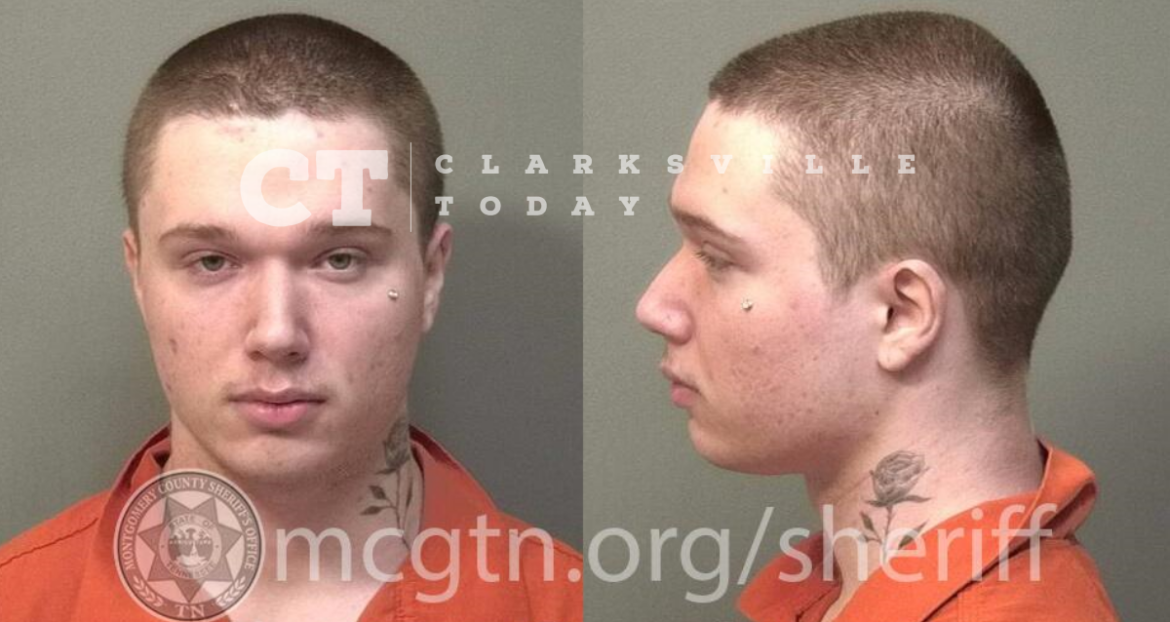 When Clarksville Police attempted to conduct a traffic stop on 22-year-old Avry Eden at 4:30 a.m. on July 14th for driving without tail lights, Eden fled through a stop sign and away from police with no intention of stopping and crashed his car on the way home. A short time later, Candice Eden contacted police and informed them her son, Avry, had just come home and advised her he had been in an accident. He then admitted to fleeing from police and wrecking a short time later. His $11,000 bond was reduced to $1,000, which was posted.

Avry Chance Eden, of McCormick Ln in Clarksville, was booked into the Montgomery County Jail on July 14th, charged with felony evading arrest, and driving without a license. His bond was initially set at $11,000, then reduced to $1,000 for one charge and ROR for the other.