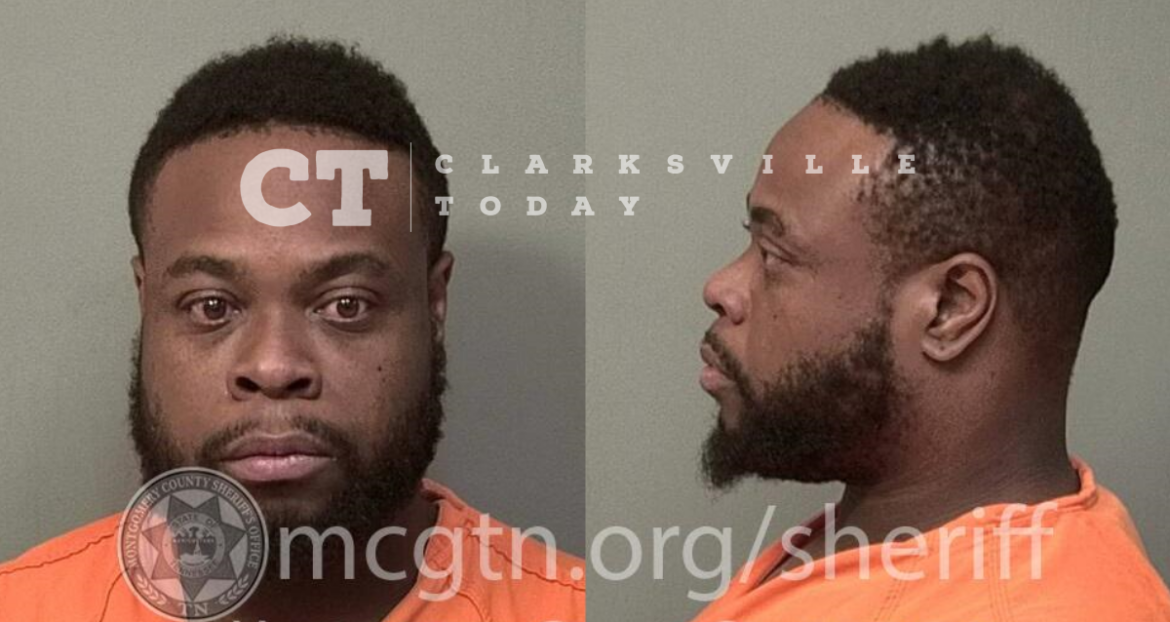 Clarksville Police say 34-year-old Early Conway was in bed with his girlfriend, Eunita Comer, when an argument erupted. Eunita got out of bed but was immediately pushed back into the bed as she says Conway put his hands around her throat and strangled her, and punched her in the face.

During the assault, her young son ran out of the house, and she attempted to get him back inside. Conway then retrieved a handgun, with the serial number filed off, and went outside and told Eunita and her young son to come back into the house while pointing the handgun at them both, as witnessed by neighbor Tammella Tucker. Eunita says he continued to hold the handgun on her inside the home too, causing her to fear for her life.

Conway would only say that an argument occurred and would not give any details. The weapon was seized as evidence.

Early James Conway, of Tracy Ln in Clarksville, was booked into the Montgomery County Jail on July 11th, charged with felony aggravated domestic assault and alteration of serial numbers on a handgun. A judicial commissioner set his bond at $11,000.