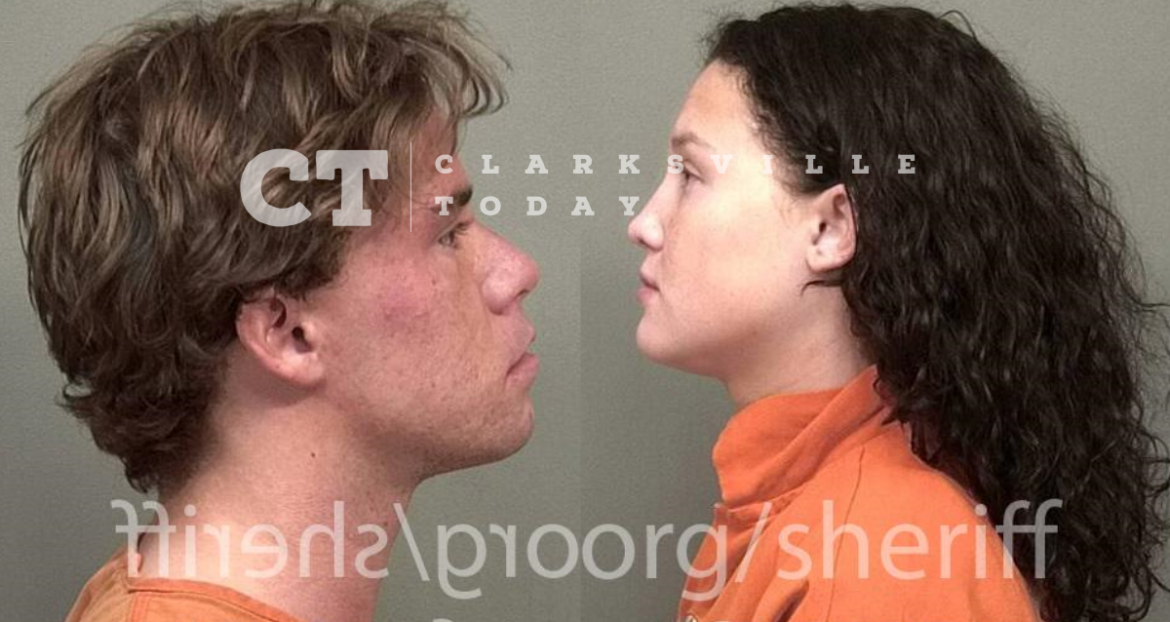 Clarksville Police responded to an alarm call at the O’Charley’s on Wilma Rudolph Blvd in the early morning hours of September 19th. ADS Monitoring reported a front door activation at the business. Officers observed 22-year-old Megan McCollough and 20-year-old Tyler Zane Ainsworth in the patio area., and both began to flee on foot when officers identified themselves. After a brief pursuit to terminal drive, both were taken into custody. Ainsworth stated he entered the building, claiming it was unlocked and took three Miller Lite beers, which were located along the path of the foot pursuit. McCollough told police she only entered the restaurant at 1 a.m. on a Monday to use the restroom.

Tyler Zane Ainsworth of Old mill Pl in Brandon, MS, was booked into the Montgomery County Jail on September 19th, charged with burglary and evading arrest. A judicial commissioner set his bond at $15,000.

Megan Ashton McCollough of Lakeshore Dr in Brandon, MS, was booked into the Montgomery County Jail on September 19th, charged with criminal trespass and evading arrest. A judicial commissioner set her bond at $10,000.