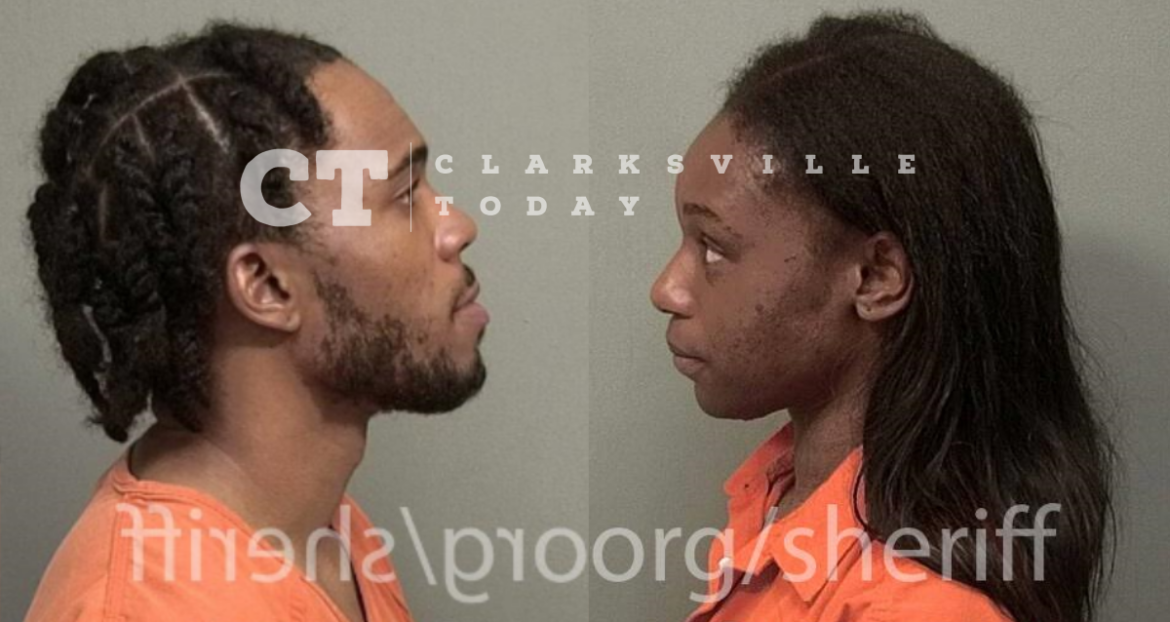 27-year-old recording artist Teewhy (Tyriese Lamaine Antonio Hairston) & estranged wife, 27-year-old Corrianne Kelley, were both jailed in Clarksville this week after they smashed each other’s car windows out, and she reportedly punched him in the face.

Police responded to his Shelby Street residence just before 11 p.m. Monday and met with Hairston, who stated he was alerted to a loud commotion outside his home and looked out the window to see his soon-to-be ex-wife, Corraine Kelley, dropping off some of his personal belongings. As she got into her vehicle, he exited the home to retrieve the items and noticed his property had been destroyed.

Tyriese Lamaine Antonio Hairston II of Shelby St in Clarksville, TN, was booked into the Montgomery County Jail on August 30th, charged with vandalism. A judicial commissioner set his bond at $2,500.

Corrianne Ashley Kelley of Raleigh Court in Clarksville, TN, was booked into the Montgomery County Jail on August 30th, charged with domestic assault and vandalism. A judicial commissioner set her bond at $3,500.