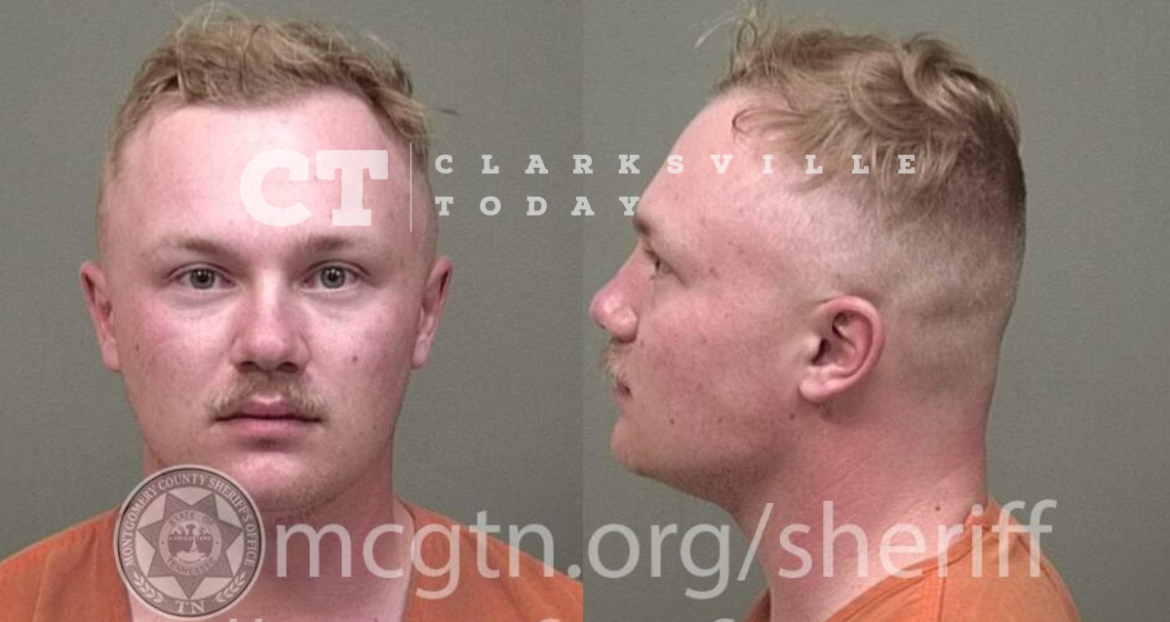 Officers conducted a traffic stop on 22-year-old Tyler Christopher Davis at 3:20 a..m. as he was driving a white Subaru Outback and failing to maintain his lane of travel. David admitted to consuming a “couple beers” While at the Electric Cowboy. Officers say he reeked of alcohol and performed poorly on field sobriety tests. He would later blow a 0.159% BAC, nearly double the legal limit.

Tyler Christopher Davis of Tocca Rd in Fort Campbell, KY, was booked into the Montgomery County Jail on October 16th, charged with driving under the influence. A judicial commissioner set his bond at $1,500.