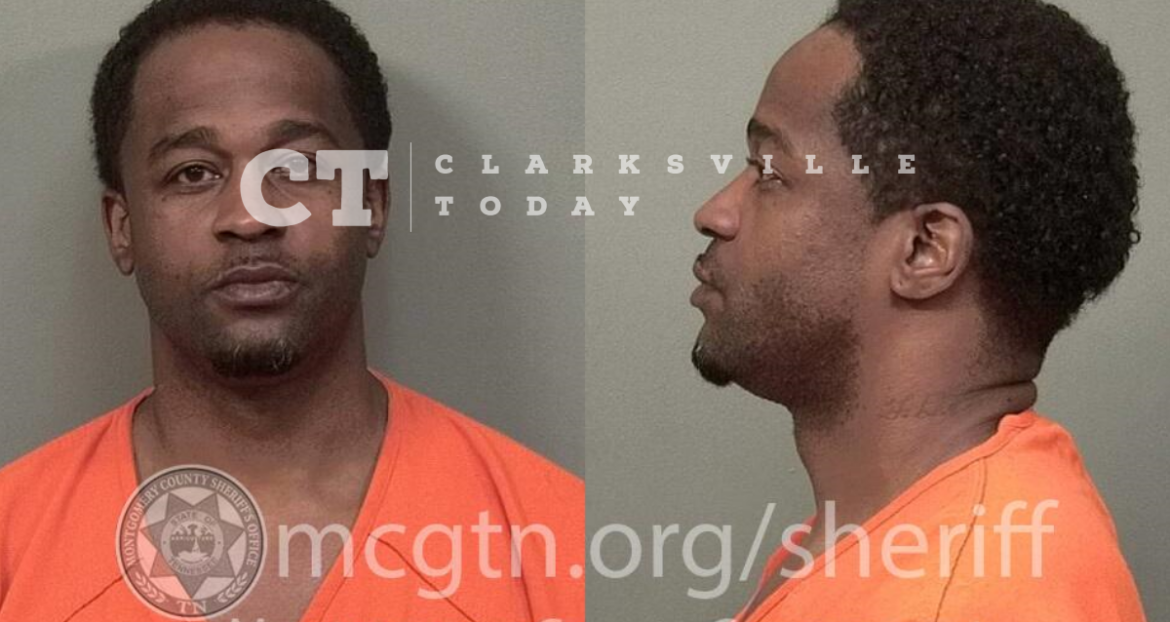 Renee Gordon says her husband, 42-year-old Baron Frazier, were arguing as he accused her of cheating. She told police that Baron was drinking and became irate when he found a condom outside on the balcony of their apartment. Frazier reportedly pulled a knife from the kitchen and pointed it at his wife, telling her, “I could kill you for this.” She says he then placed a hand on her throat and another on her waist and pushed her into the corner of the kitchen, and demanded, “Where’s my rum?”

Baron Leteis Frazier of S Lancaster Rd in Clarksville, TN, was booked into the Montgomery County Jail on October 12th, charged with aggravated domestic assault. A judicial commissioner set his bond at $1,000.