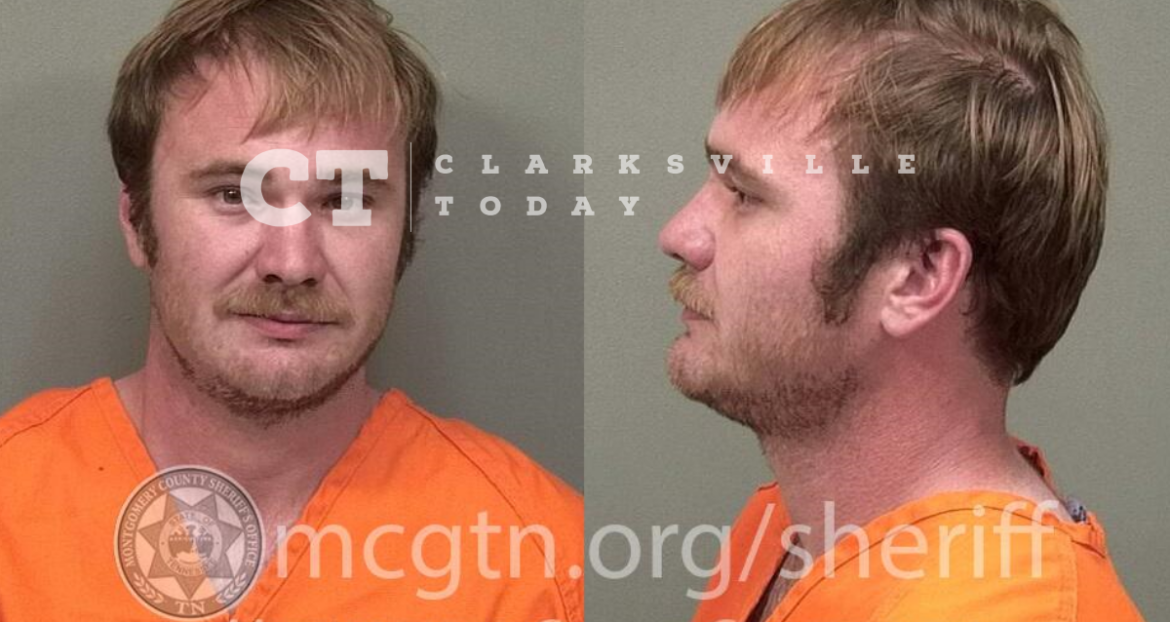 28-year-old Bradley Thomas Perry flipped his truck onto its side late Wednesday night on Golf Club lane. Perry climbed out of the vehicle, and police observed glass eyes and say he reeked of alcohol. He performed poorly on field sobriety tests and was taken into custody for DUI. Officers located a half-empty bottle of Jim Beam behind the passenger seat.

Bradley Thomas Perry of Briarwood Dr in Clarksville, TN, was booked into the Montgomery County Jail on October 12th, charged with driving under the influence and violation of implied consent law. A judicial commissioner set his bond at 2,500.