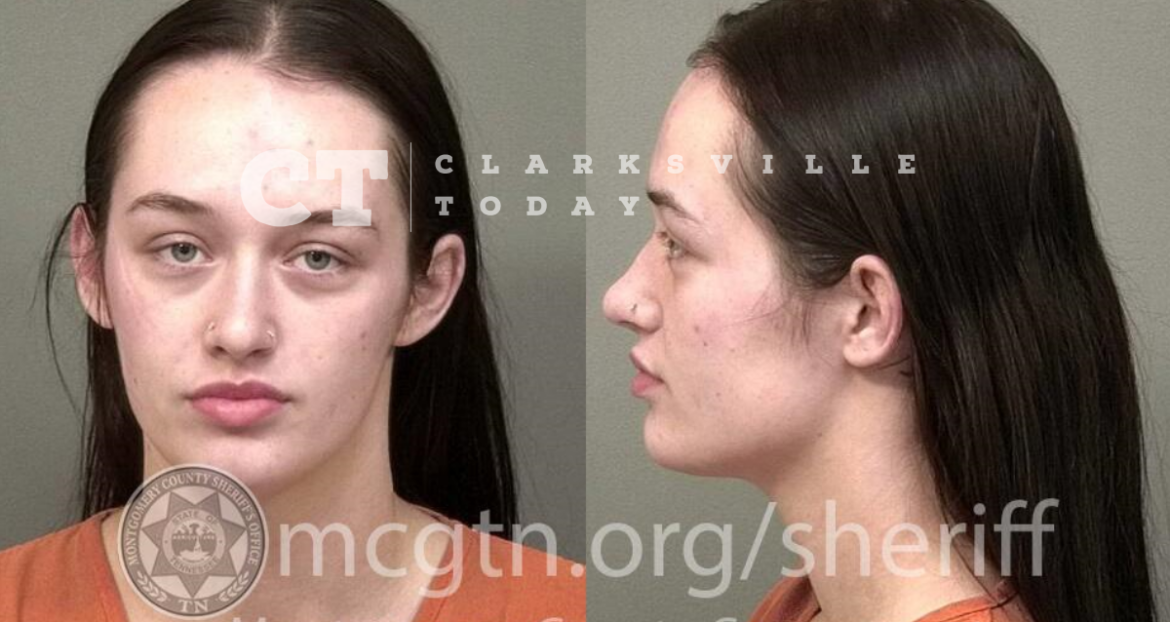 19-year-old Madison Elise Gerkin was stopped after an officer observed her traveling at 71 mph in a 40 mph zone on N. Riverside Drive just before 3 a.m. She claimed she had not consumed alcohol; however, the officer smelled alcohol coming from the vehicle and Gerkin. An open bottle of New Amsterdam Vodka was found in the vehicle, and Gerkin performed poorly on field sobriety tests.

Madison Elise Gerkin of R S Bradley Blvd in Clarksville, TN was booked into the Montgomery County Jail on October 17th, charged with underage driving while impaired, possession/purchase of intoxicating liquor by/for a minor, and speeding. A judicial commissioner set her bond at $1,500.