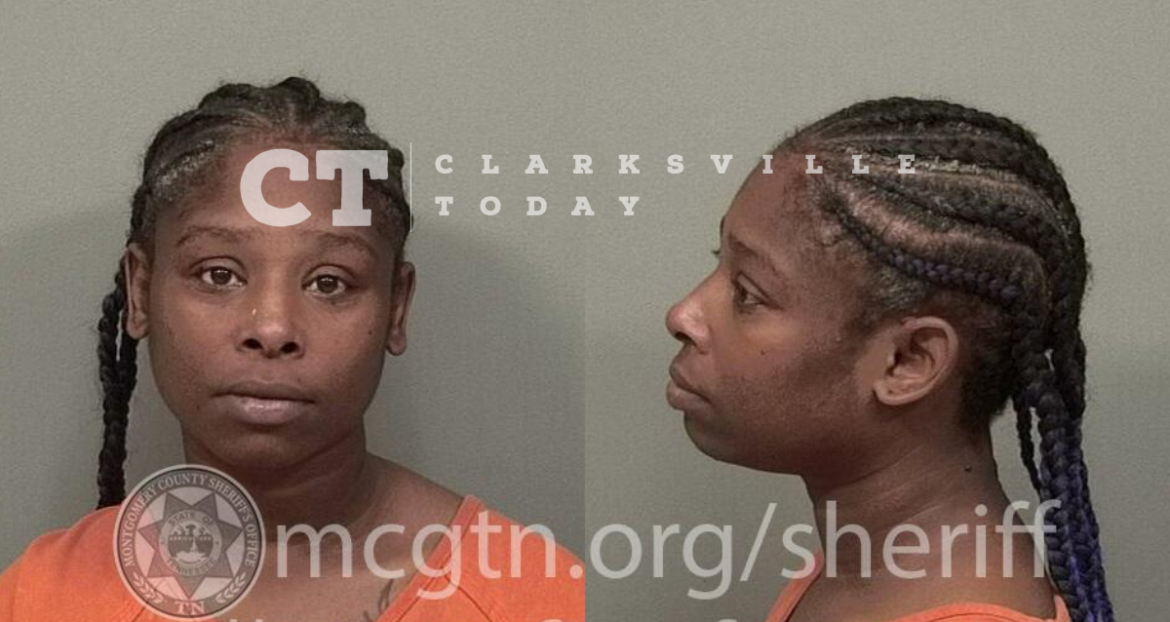 32-year-old Evelyn Roinitta Robinson is charged with aggravated domestic assault after witnesses say she was holding a large kitchen knife while following Xxaiver Mallory along a sidewalk after a domestic disturbance. Police initially responded to the Timberlake Drive apartment on Tuesday after the two were in an argument, and Xxaiver says Robinson prevented them from leaving the residence until they were eventually able to overpower her, at which time they were followed by Robinson, who was holding a knife, and was in fear of being stabbed.

Evelyn Robinson told police that Xxaiver threw her into the apartment after the argument and kneed her in the head, and she was the actual victim; however, police did not believe this version of events and determined her to be the primary aggressor.

Evelyn Roinitta Robinson of Timberlake Dr in Clarksville, TN, was booked into the Montgomery County Jail on September 27th, charged with aggravated domestic assault. A judicial commissioner set her bond at $1,000.