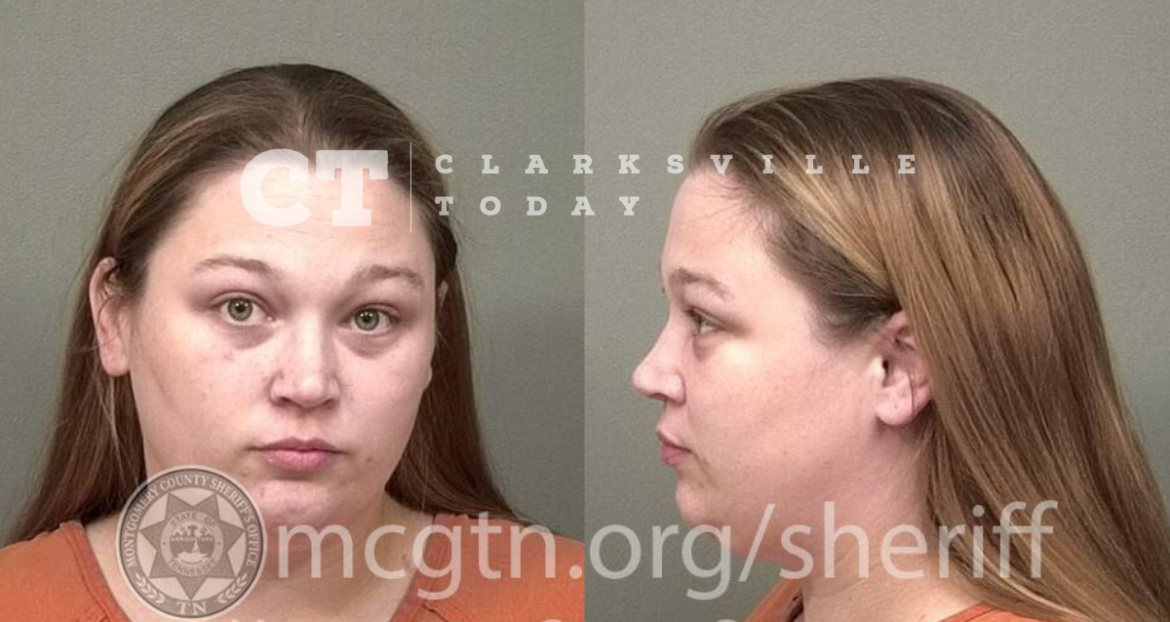 Deputies responded to a domestic assault call just after 10 a.m. Saturday between 33-year-old Lindsay Marie Spain and her boyfriend of two years, Fredrick Alexander Morrow. Lindsay explained the couple had an argument that turned physical as she was attempting to retrieve her phone. She admits to pushing Morrow into an empty bathtub during the assault. It was determined Morrow pushed her back in self-defense, and she was determined to be the primary aggressor.

Lindsay Marie Spain of Highway 13 in Cunningham, TN, was booked into the Montgomery County Jail on October 9th, charged with domestic assault. A judicial commissioner set her bond at $250.