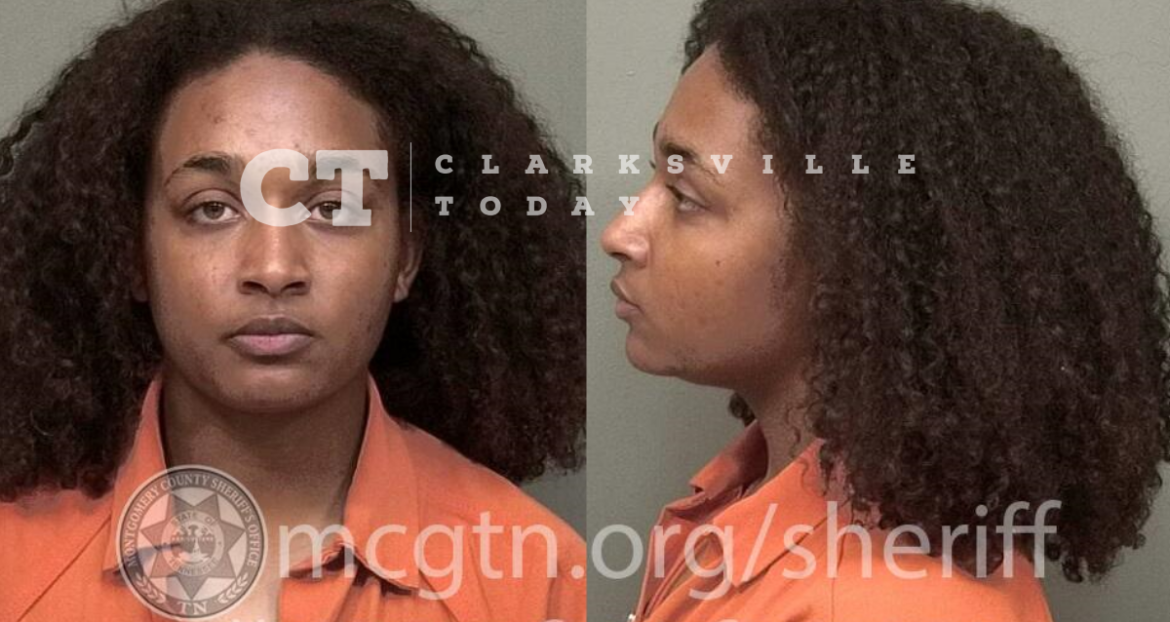 Officers arrived at a domestic disturbance call to find 21-year-old Ra’Shelle Terrell kicking at the front door of her home. As the officer exited the patrol car, Terrell began kicking out the front window of the residence. She attempted to flee the scene before she could be detained, and as she made it to her vehicle she screamed she didn’t know who the uniformed officer was, but was eventually cuffed and detained. Moments later, she slipped her cuffs and grabbed onto the axle of her vehicle to avoid or delay arrest. Her husband, Foster ‘Gauge’ Nye, explained she came home and said he wasn’t himself and began kicking holes in the wall as she locked herself in the bedroom. She then fled the house, locking herself out, kicked in the door, kicked in the window, and eventually threw keys in the face of her husband, assaulting him.

Ra’Shelle Breana Terrell of Needmore Rd in Clarksville, TN, was booked into the Montgomery County Jail on September 26th, charged with domestic assault and resisting arrest. A judicial commissioner set her bond at $6,000.