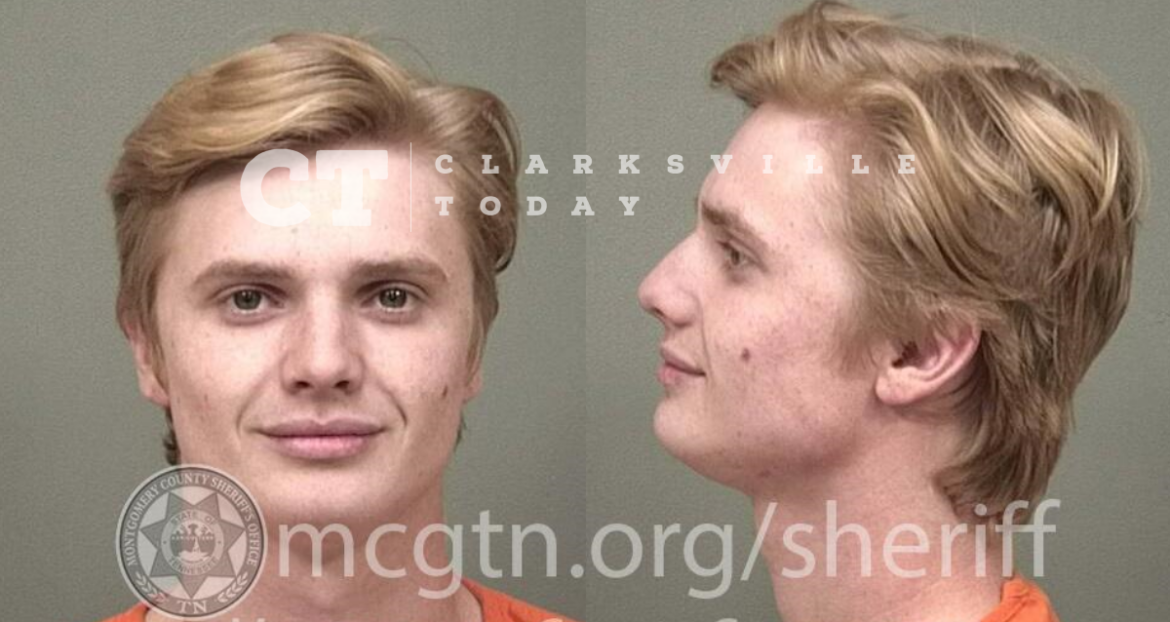 22-year-old Chase Clark is charged with felony aggravated burglary after his ex-girlfriend, Athena Souza-Gaiski, says she came home around 2 a.m. Sunday to find her house vandalized. Police noted food was thrown all around the kitchen, the glass on the back door was broken out, and other items were thrown throughout the home. She immediately suspected her ex as the suspect and relayed that to police. A neighbor had also noticed Clark at the residence around midnight. Officers say Clark moved out over a month ago and no longer had access to the home since moving back with his mother.

Chase Bradford Clark of Creek Stone Dr in Clarksville, TN, was booked into the Montgomery County Jail on October 30th, charged with aggravated burglary. A judicial commissioner set his bond at $25,000, which he posted.