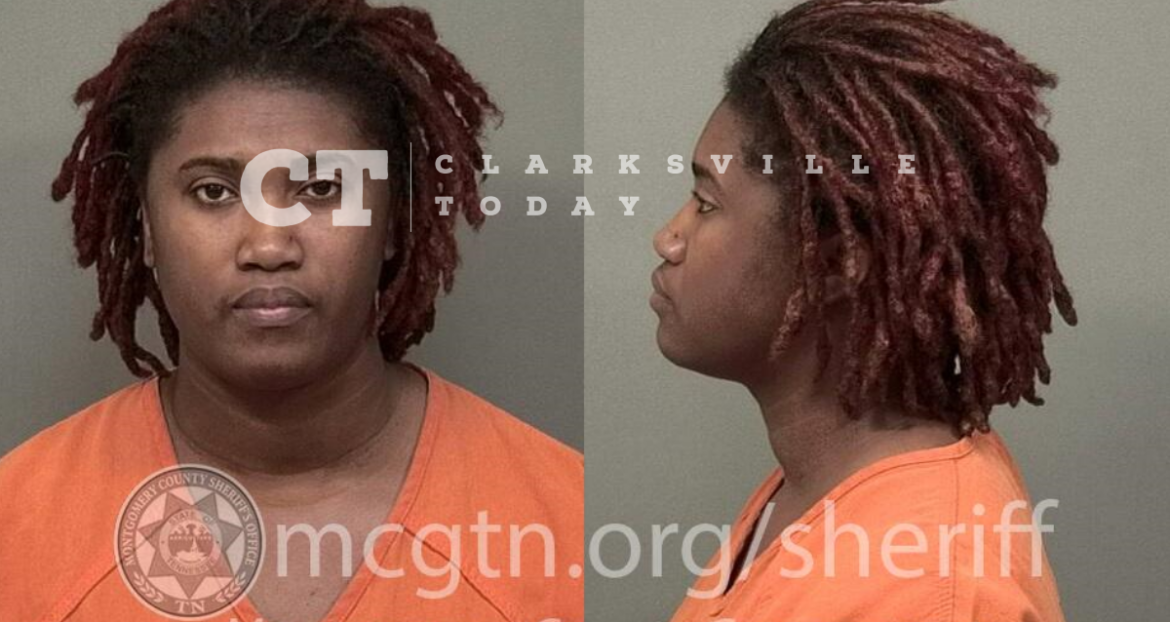 34-year-old Rocquell ‘Roxcy’ Andrea Dawkins, who with her husband owns the Jamrok Buffet in Clarksville, is charged with child abuse after police say she beat her 16-year-old stepson with a clothes hanger until it brown, then beat him with a wooden spoon until it also broke. Officers documented injuries to the child’s head, neck, and arms. She became upset that a younger child had viewed a sexual video on a cell phone, which was sent by the 16-year-old’s friend.

Rocquell Andrea Dawkins of Lamount Ct in Clarksville, TN, was booked into the Montgomery County Jail on November 3rd, charged with domestic assault. A judicial commissioner set her bond at $5,000.