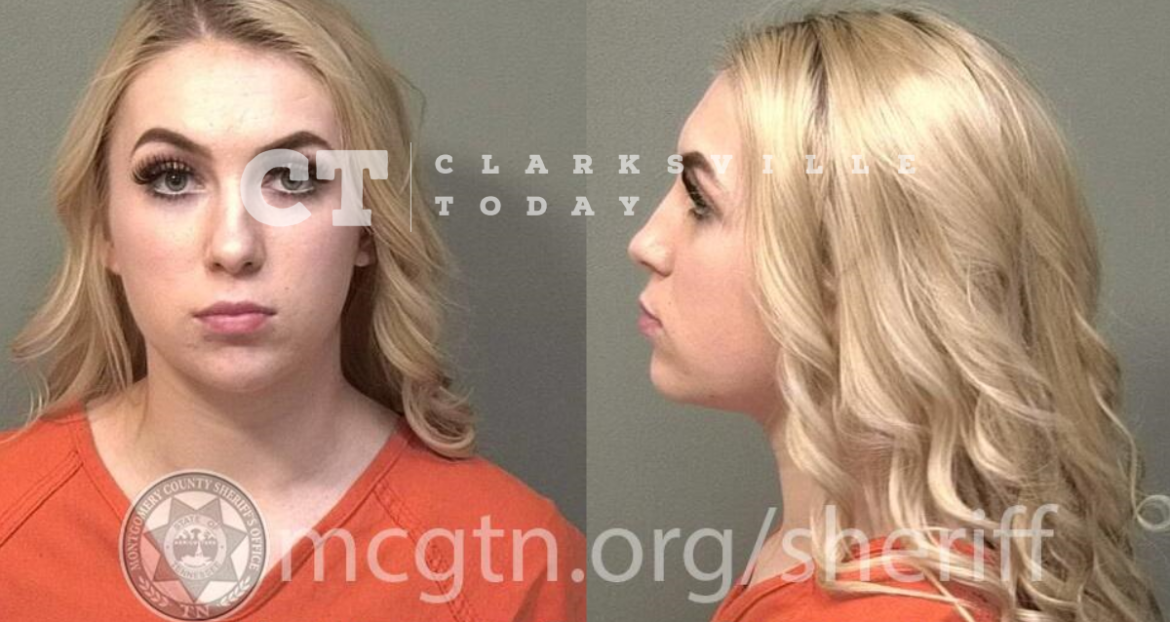 19-year-old Lauren Murphy was booked this week on an outstanding warrant charging her with assault. The victim, Alexxus ‘Lexi’ Ellis, says they were at a party on March 3rd on Valley View Circle when Lauren stated she wanted to fight Alexxus, who refused the offer. She says Lauren then threw cups of water and beer on her in an attempt to instigate a physical confrontation. As Alexxus told her she was calling 911, Lauren fled prior to CPD arriving.

Lauren Lee Murphy was booked into the Montgomery County Jail on March 24th, charged with assault. She is free on a $1,000 bond via 911 Bail Bonding, to her 1690 Windriver Road address in Clarksville.