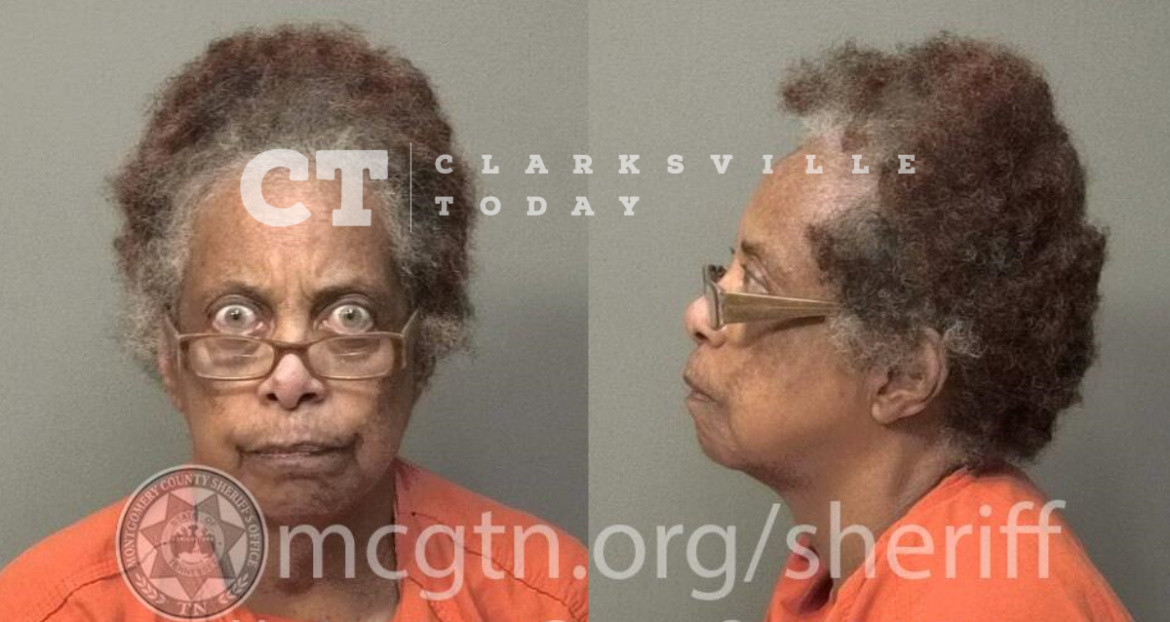 73-year-old Barbara Cantu is free on a $500 cash bond after being booked into the Montgomery County Jail Wednesday on a domestic assault charge. Her son, 47-year-old Kevin Griffin, told police that his mother locked him out on the front porch while he was smoking, and eventually, Arthur Cantu let him back inside the home. Kevin says his mother pushed him and struck him with her cane as he came back inside. Officers observed the can on the floor, and the window blinds knocked down, consistent with his account of events.

Barbara Jean Cantu, of Grassmire Dr in Clarksville, was booked into the Montgomery County Jail on July 13th, charged with domestic assault. She is free on a $500 bond.

One thought on “Barbara Cantu jailed after locking son out of house, assaulting him with her cane”