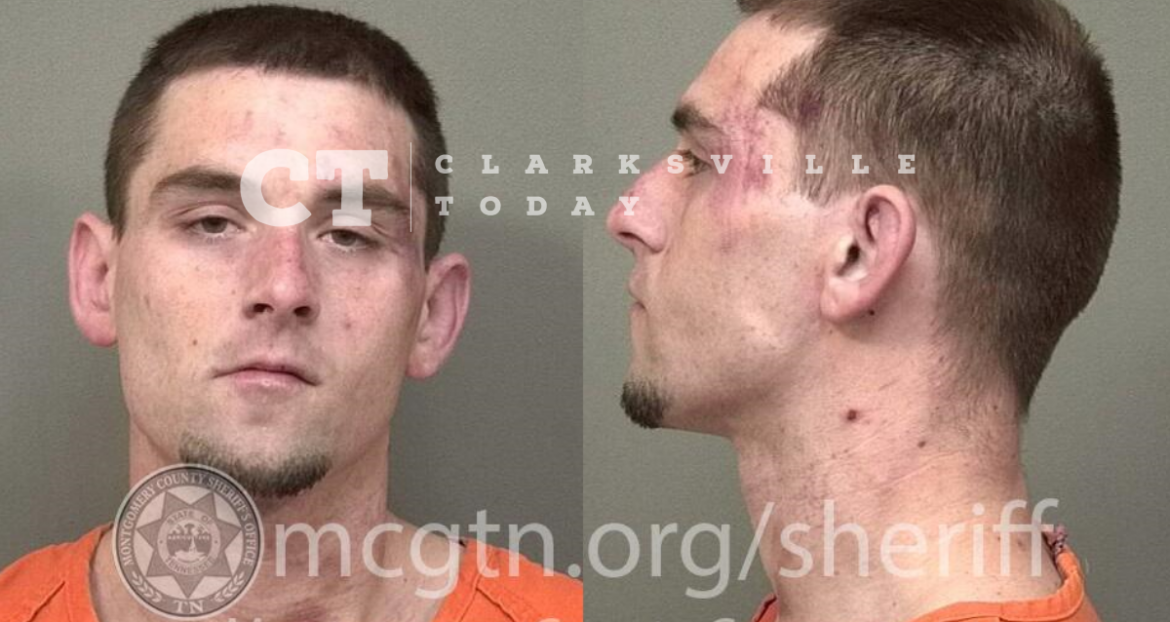 Clarksville Police responded to Logan’s Roadhouse on November 22nd, as Colby Andrew and Jalen Lewis were holding down 31-year-old James Lee Martin, who they discovered inside of Andrew’s car, which was parked at the location. Police detained Martin, who is homeless, and claimed he believed the car was ‘for sale’ and he was trying to determine if he’d like to buy it.

James Lee Martin of Peachers Mill Rd in Clarksville, TN, was booked into the Montgomery County Jail on November 22nd, charged with theft from motor vehicle. A judicial commissioner set his bond at $10,000.