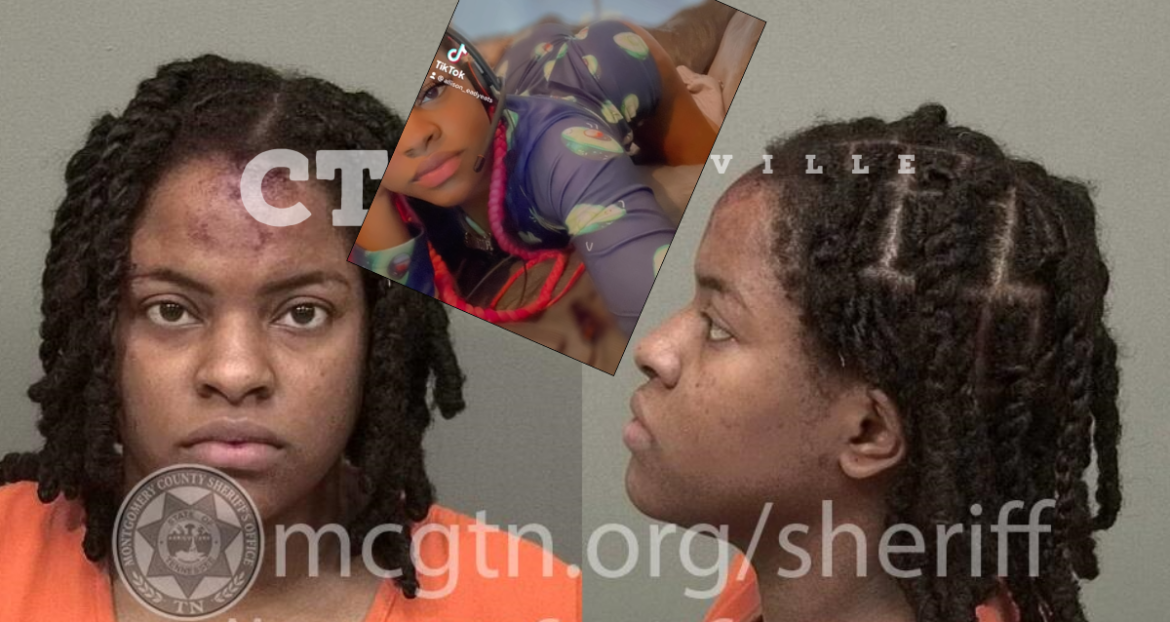 23-year-old Allison Kiara Janay Eady, who is known for eating and bouncing her buttocks to her 100,000 followers on TikTok, is jailed in lieu of a $70,000 bond after she shot her boyfriend, Mike Marcel, in the torso on November 27th. Police say the two were arguing about a recent vehicle purchase when Eady retrieved a firearm from her SUV parked down the street. She entered the rear door of the home, pulled the gun, and a fight ensued for control of the gun. Eady slipped and fell, and the firearm discharged in the process, striking Michael after the bullet went through the glass of the back door.

A 15-year-old juvenile and six other minor children were in a downstairs bedroom when they heard the gunshot, and their father screamed for help. The teen left the room and headed for the stairs when he says Eady pointed the gun at him and pulled the trigger, but it did not fire. He says he heard her “reload” and decided to tackle her to the ground, at which time the firearm goes off, striking the door frame of the basement door this time. The children ran to a neighbor’s home, who assisted in restraining and detaining Eady until police arrived.

Allison Kiara Janay Eady of Bradfield Dr in Clarksville, TN, was booked into the Montgomery County Jail on November 27th, charged with 2 counts of aggravated assault and 6 counts of reckless endangerment. A judicial commissioner set her bond at $70,000.