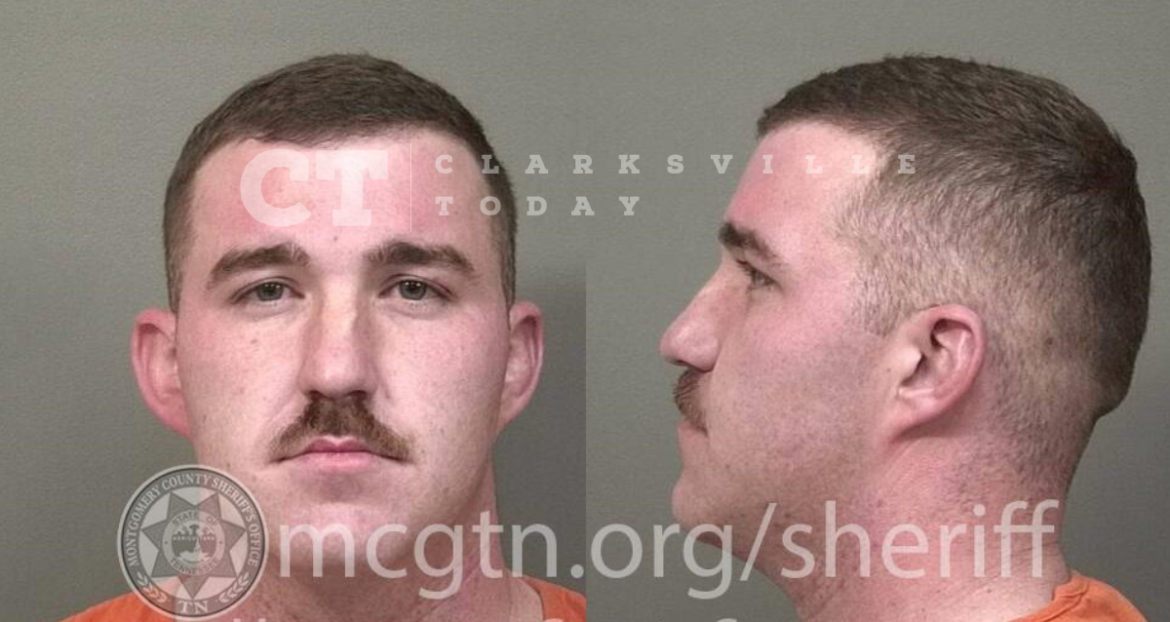 24-year-old Fort Campbell Soldier Michael Timothy East says he was drinking at the troubled Electric Cowboy bar in Clarksville Friday night and into the early hours of Saturday morning. As he left, he was driving in front of THP Trooper Brian Glenn on 41-A, who says he was weaving while driving a white Chevy Silverado at 3:23 a.m. East performed poorly on field sobriety tests and later blew a 0.105% BAC on a breathalyzer.

Michael Timothy East of Lawrance Circle in Fort Campbell, KY, was booked into the Montgomery County Jail on January 7th, charged with driving under the influence. A judicial commissioner set his bond at $1,500.