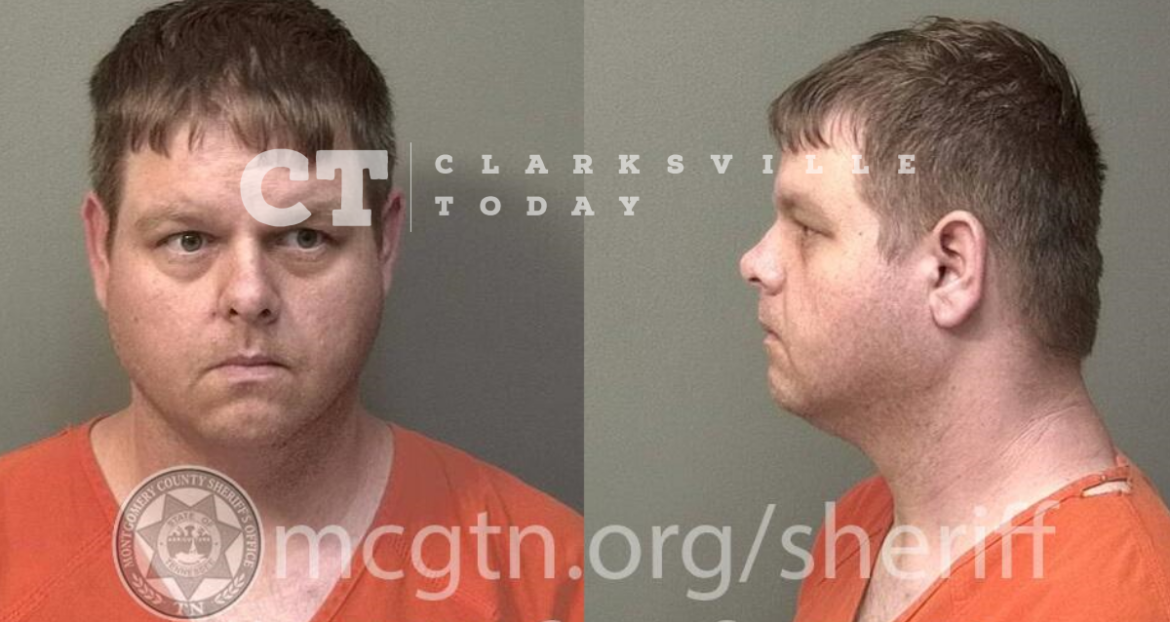 Casey Abernathy reports that she was arguing with her fiance, 36-year-old Joshua Sterling, via text messages about financial issues. She says he told her he would throw her things in the trash, so she decided to come home from work on a break. As she was driving home, she passed him in the parking lot of the apartment complex, and they both stopped. He reportedly exited his vehicle and threw a glass vase at her car, denting the door. He then went back inside the apartment, pushed her away when she tried to enter, locked her out, and would randomly open the front door and toss out breakable items, smashing them nearby her, some items cutting her as they shattered. Eventually, Sterling took their shared dog, told her to say goodbye to the dog, and fled the scene.