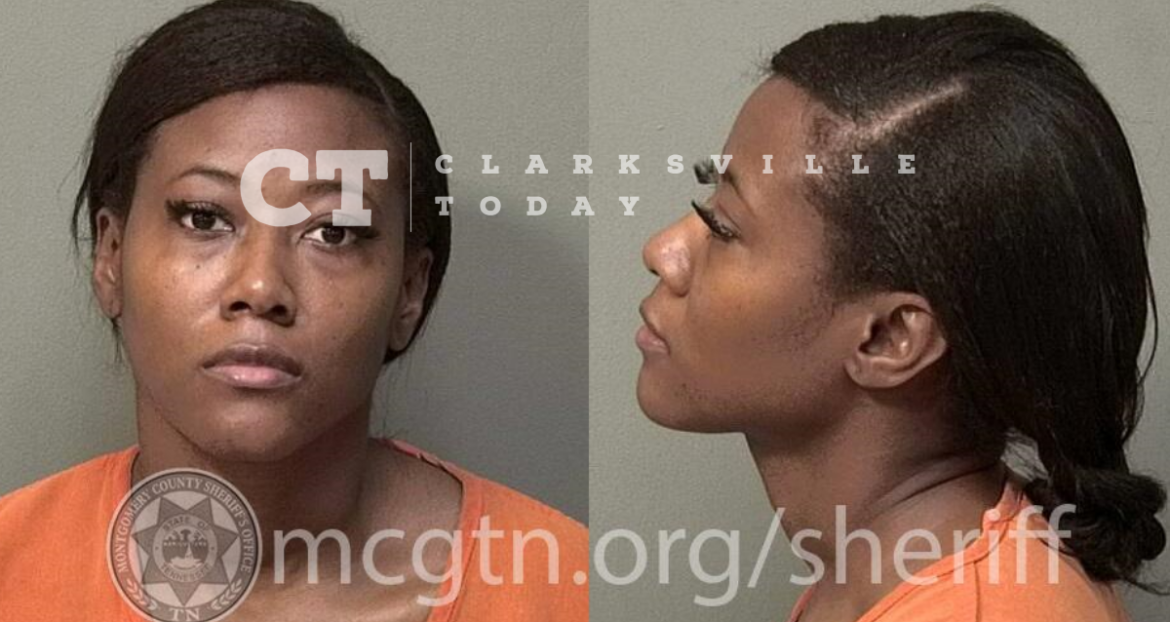 Police say 35-year-old Shemiko Harris was in an argument with her husband, Darius Dimitri Hassell, over “marital issues” when she suddenly took a silver pocket knife and pointed it at his face and head, demanding that he leave the residence. She reportedly continued to point the knife at him until he packed his belongings.

Shemiko Renee Harris was booked into the Montgomery County Jail on February 22nd, charged with aggravated domestic assault. She posted a $500 cash bond and was released to her 2600 Cider Drive address in Clarksville.