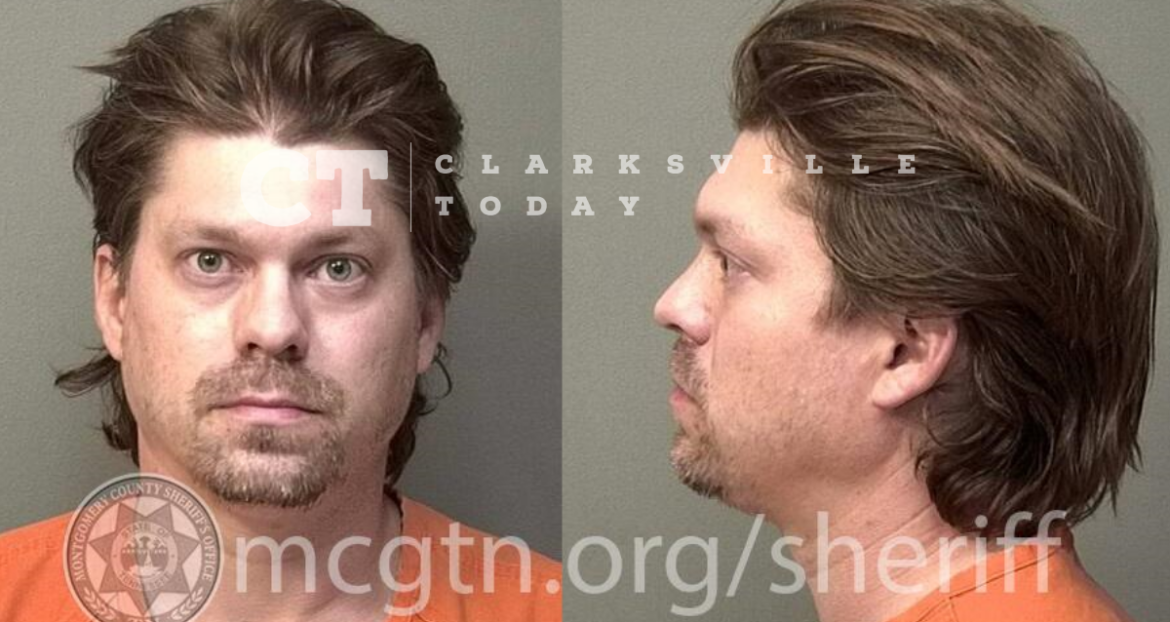 Clarksville Police say 34-year-old Robert Sikes was in a verbal argument with his girlfriend, Brianna Teague, about their relationship on Valentine’s Day, and when things began to get physical he reportedly took her phone, so she attempted to use his phone to call 911. Before she could complete the call he held her in a bear-hug for multiple minutes, and eventually escalated to placing her in a headlock. As she was losing consciousness, he took his phone from her and released his grip on her. She attempted to run out the front door, but he continued to block her path, so eventually escaped through a bedroom window, and retreated to a neighbor’s home where she called 911.

Robert Wilson Sikes had fled the scene when police arrived, however, he was reached via phone and returned to the residence, still in possession of both phones. He was booked into the Montgomery County Jail on February 14th, charged with aggravated domestic assault and false imprisonment. He posted a $6,000 bond via 2nd Chance 24 Hour Bail Bonding and was released to his 1581 Freestone Drive address in Clarksville.