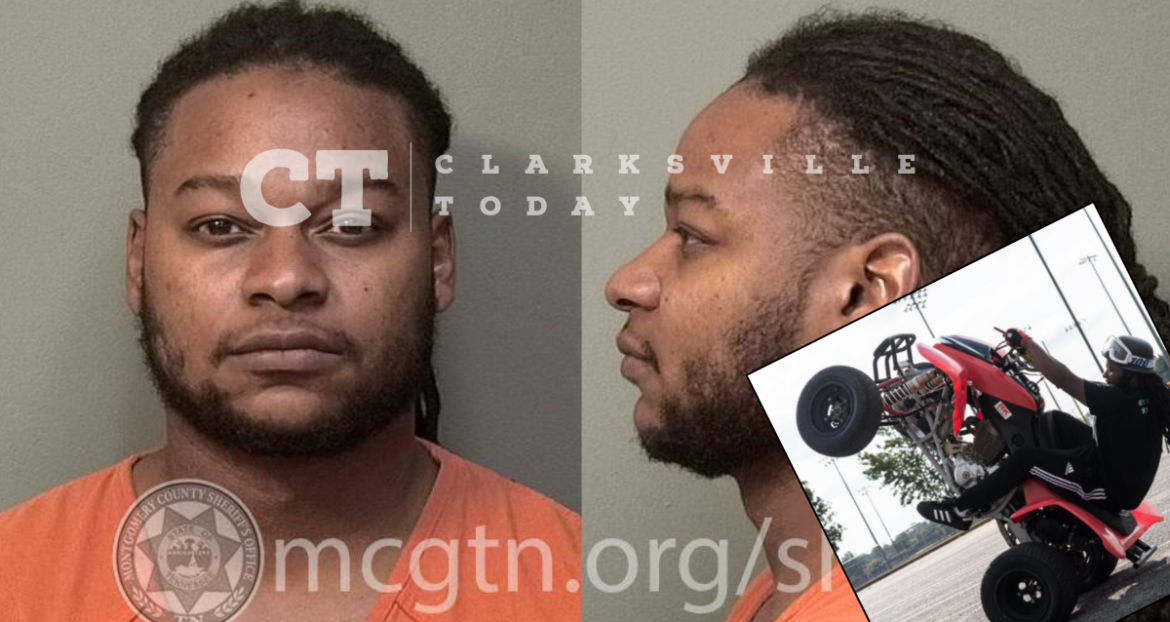 26-year-old Kalin Marshall is free on a $50,000 bond after fleeing from police twice in under an hour on March 4th. Clarksville Police Officer Chance Suiter responded to a call of 4 wheelers and motorcycles performing stunts in the roadway near Wilma Rudolph and Dunbar Cave Road on March 4th. As he was responding to the scene, he observed the vehicles traveling on Wilma Rudolph Blvd. “riding wheelies”, and recognized Kalin Marshall as one of the drivers who nearly hit a vehicle stopped at a traffic line in the opposite lane of travel. He looked at Officer Suiter, who had activated his lights and sirens, and fled.

Just thirty minutes later, at 11:32 p.m., officers encountered the same group of vehicles speeding and driving recklessly on College Street headed toward downtown Clarksville. The vehicles all fled from the officer who was attempting to make contact with them. Officers recognized Kalin Marshall and Jaylon Rodney as two of the drivers and sought warrants for their arrests.

Officers had documented an encounter in September of 2020, during which Kalin Marshall and Jaylon Rodney were also driving the same or similar vehicle on Franklin Street in downtown Clarksville, which resulted in their recognition of both individuals.

Kalin Kareem Marshall was booked into the Montgomery County Jail on March 11, charged with two counts of reckless driving and one count of evading arrest. A commissioner set his bond at $50,000, which he posted via 911 Bail Bonding and was released to his 21 Current Street address in Clarksville.