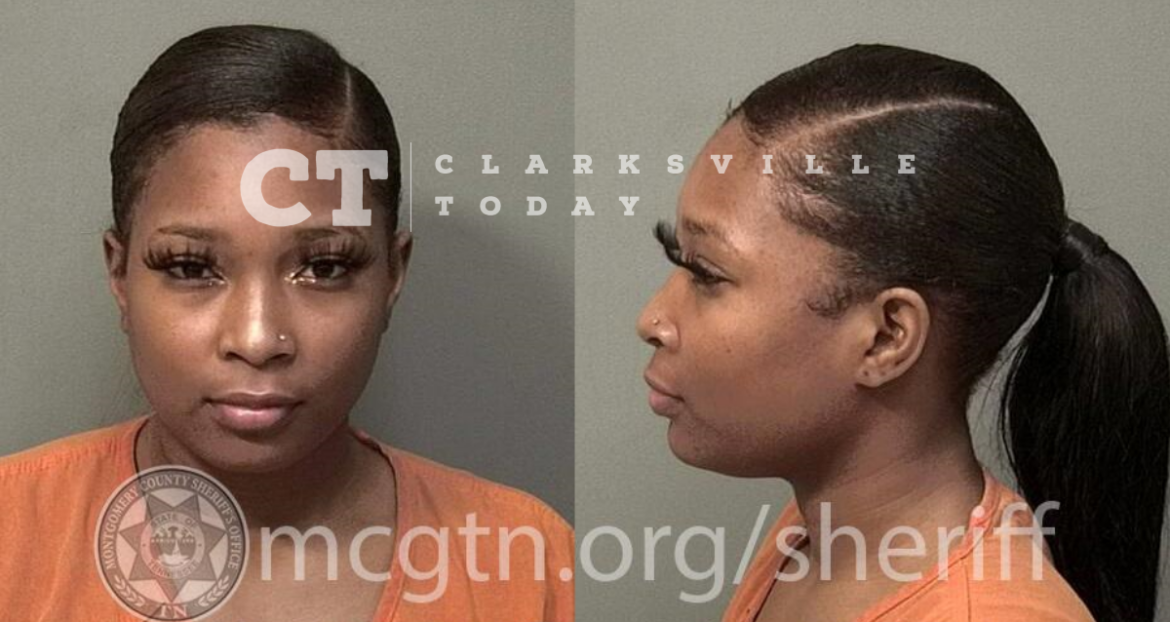 Police say 22-year-old Tyronsha ‘Sha’ Harris, accompanied by three other females, approached her estranged husband, Necko Bryant, while yelling, screaming, and being belligerent. In an attempt to de-escalate the situation, Bryant convinced the other three females to leave and Harris remained. As he attempted to talk to her a witness at the residence confirmed Tyronsha punched Necko in the face and spit in his face three different times during the attempted conversation. There are three prior domestic incident reports on file between October and December of 2021.

Tyronsha Keasia Harris was booked into Montgomery County Jail on March 16th, charged with domestic assault. She is free on a $1,000 bond via Ace Bail Bonding to her 128 Maureen Drive address in Clarksville.