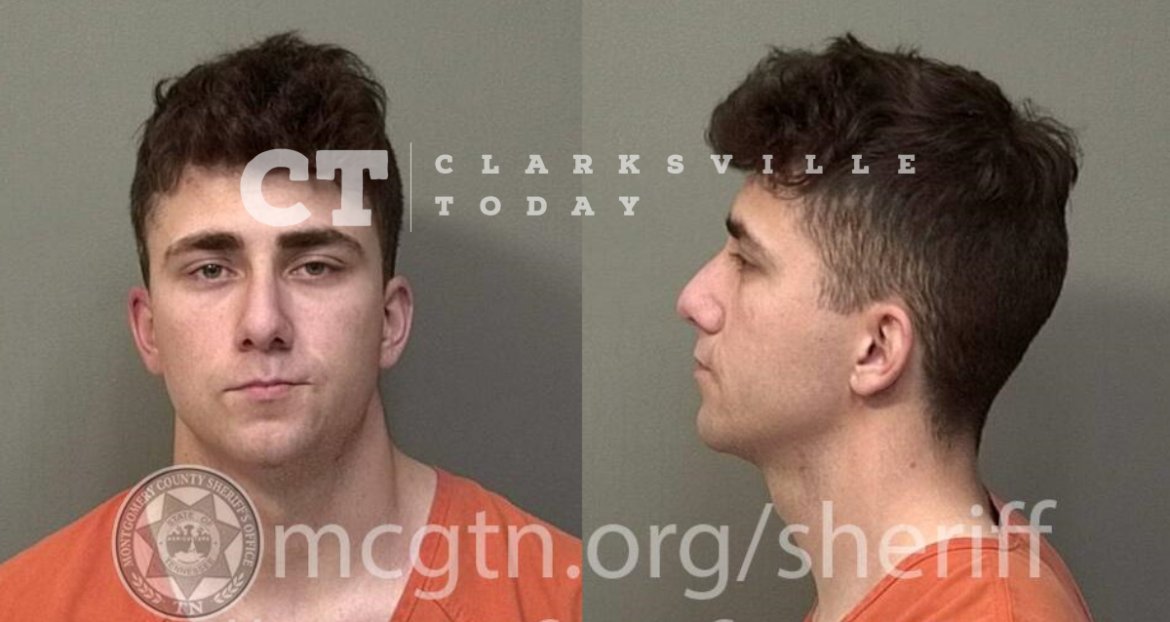 Police met with Alana Blaylock Roberts at the WoodSpring Suites where she reported her husband, 21-year-old Fort Campbell Soldier Garrett Roberts, or ‘Salt’ as he’s known on his Youtube Channel ‘Salt & Pepper’ with 12 views, pushed her into the bathroom and slammed the door during an argument about money. Alana says he then raised his fist at her and continued to slam the door shut while screaming in her face, and was in imminent fear of being hit. Garrett says he slammed the door once but denies ever raising his fist to his wife.

Garrett Wade Roberts was booked into the Montgomery County Jail on April 10th, charged with domestic assault. He is free on a $250 bond to his 675 Kennedy Lane address in Clarksville, TN. A commissioner reduced his state-mandated 12-hour domestic violence hold to 10-hours so he could be released at 5:41 a.m.