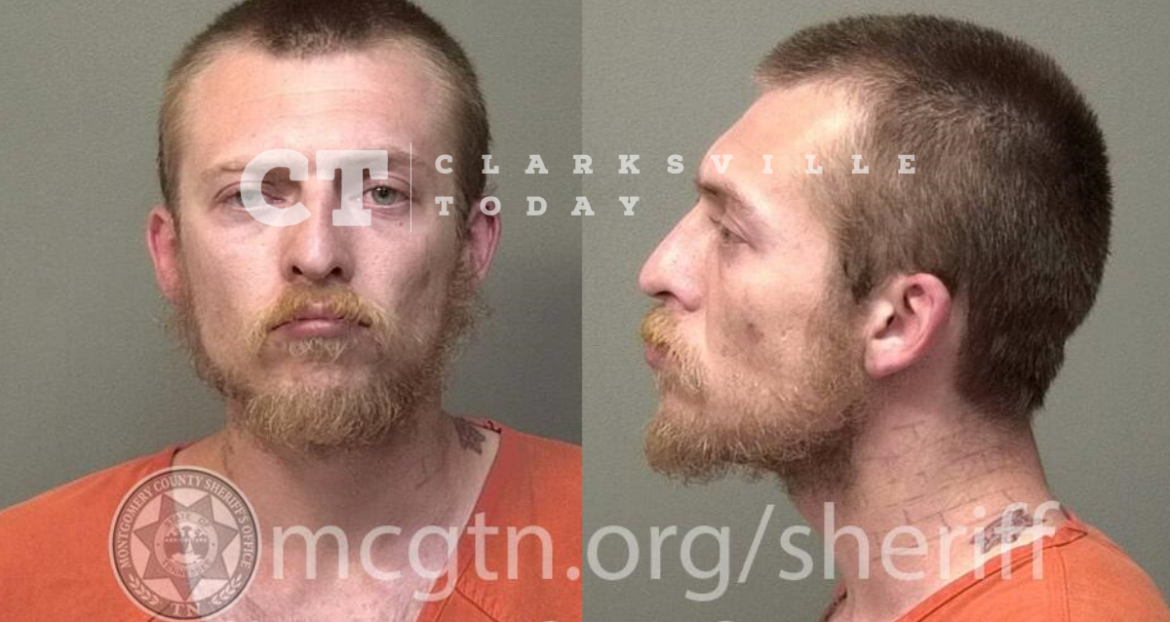 27-year-old Dustin Tuberville is charged with the domestic assault of his grandmother and grandfather, Emmie & Robert Oliver. According to Clarksville Police, Tuberville is homeless and occasionally stays with them. On May 9th, he was there taking a nap and woke up “irate.” According to an arrest report, he spat on his grandmother and flicked a cigarette on his grandfather, who is confined to a wheelchair and is on oxygen. He fled before officers arrived, and warrants were issued for his arrest.

Dustin Mitchell Tuberville, of West Fork Dr in Clarksville, TN, was booked into the Montgomery County Jail on May 10th, charged with two counts of domestic assault. A commissioner set his bond at $10,000.