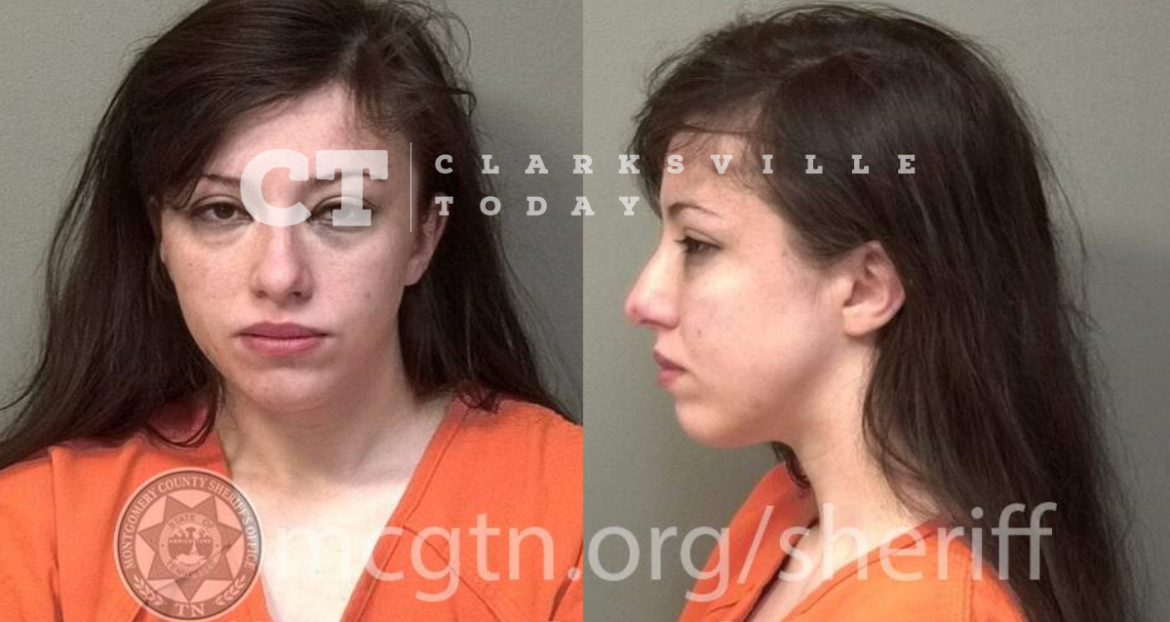 Police were responding to a separate incident at a duplex on Richardson Road when they encountered 23-year-old Hannah Picklesimer, who was determined to insert herself into their investigation. Officers say she was under the influence of either alcohol or an unknown substance and yelled and screamed at officers.

Officers asked Picklesimer to return back to her residence and go about her day, yet she refused. Picklesimer reportedly became more irate at the suggestion to return inside her home, and officers decided to detain her so the other investigation could be completed. As they were attempting to place her in handcuffs, she raised her leg and used her bare foot to kick Officer Novenario in the nose.

Hannah Mary Picklesimer, of Richardson Street in Clarksville, was booked into the Montgomery County Jail on May 13th, charged with assault of an officer/first responder. She is free on a $20,000 bond.